With the season that kicks off this week with Christmas tree lightings, caroling at Cloud Gate and, of course, the decorated windows at department stores comes the onslaught of holiday records, which range from reissues from long-gone crooners and divas like Frank Sinatra, Nat King Cole and Ella Fitzgerald alongside records from fading (or faded) pop artists and symphony orchestras. Some are great, others are good background music while others are simply forgettable. (When was the last time you spun Cyndi Lauper’s “Merry Christmas… Have a Nice Life”?)

Some, however, are really worth your time. Among these is the fourteenth installment of “Broadway’s Carols For A Cure,” an annual compilation of newly recorded songs from the casts of various shows from the Great White Way that benefits AIDS research (available through through BC/EFA at broadwaycares.org). As someone who has followed the collection almost from the start (I own copies starting from the sixth edition), I must say that this is one of the most enjoyable so far. The disc opens with an impressive tango arrangement of “We Three Kings” featuring the principals of “Evita” (including Ricky Martin, who portrays Che in the musical). Blogger Perez Hilton appears with the cast of “Newsical The Musical” with “A Perez Hilton Christmas,” a swing-jazz theme in which he dishes gossip on familiar characters like Santa Claus and Rudolph. “I Love You, You’re Perfect, Now Change” does a parody of “Hark, The Herald Angels Sing” in which characters comment on bad gifts—“When can I return this thing/Is it too soon to start drinking?” Also notable are the the jazz-inflected take on “O Holy Night” from the cast of “Wicked” and Cyndi Lauper’s wonderful (and considering her earlier effort on the theme, redeeming) rendition of “Blue Christmas.” 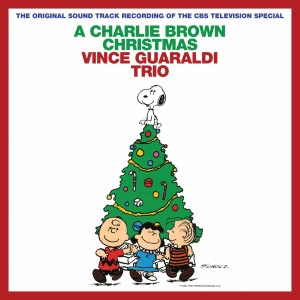 The Vince Guaraldi Trio is remembered for having introduced young kids to the language of jazz music through his recordings for many of the Peanuts feature cartoons, but one that stands out (and always reappears on the shelves) is “A Charlie Brown Christmas,” which features instantly recognizable tunes like “Linus & Lucy” and “Christmas Time Is Here.” The disc has finally been remastered, and what a great job they have done. The album sounds impeccable—the bass lines from Fred Marshall and Monty Budwig stand out in a manner they did not in earlier editions (they sounded kind of muddled). It is a Christmas album for jazz lovers—the trio improvises freely through the songs, and while listening to it you almost forget that these are holiday songs (with the exception of “Linus and Lucy,” of course). 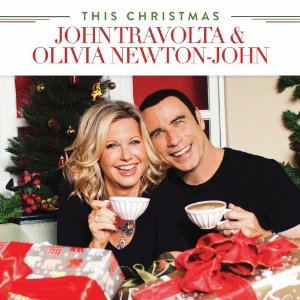