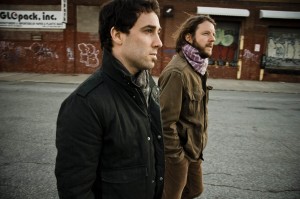 Billy Martin, best known as the driving, percussive force behind Medeski, Martin and Wood, pairs with former Chicagoan Wil Blades, an organist who’s performed with Galactic’s Stanton Moore and a handful of other funky luminaries. Martin, a player in his MMW configuration who keeps a table of noise-making toys by his side on stage, ditches the avant-approach on a set of tunes the duo’s simply titled “Shimmy.” The album ostensibly offers what fans expect: Inspiring percussion and loads of organ vamps with attendant solos. Recorded amid the duo’s recent West Coast run, the performances sound alive, clearly retaining some of the late-night vibes these players trucked to venues. Given Martin’s and Blades’ legacy on stage, it’s surprising the duo didn’t decide to issue work captured at some bar. “Shimmy” still comes off as impromptu, “Pick Pocket” sounding as if it was developing at the time tape began to roll. The easy melodies and rhythm rolling off each track here indicates shared vision and interest—well, that and the few bold references to Eddie Harris. What crops up over and over, though, is a thick-toned Stevie Wonder key sound. The tangential reference is generally subsumed immediately by Blades’ right-hand tinkering, but it’s hard to shake. “Deep in a Fried Pickle,” while not overly adventurous, finds the duo digging into what the soul-jazz medium means today. At points, the constant whirring of the songs’ melody becomes reminiscent of MMW. But Blades’ soloing develops more slowly than that trio’s, never pushing too hard against Martin’s shuffle. There’s actually little propulsion until the last third of the track, just droning organ grooves. And that’s really all fans of these players expect. It’s fully delivered in a reasonably succinct package and provides a sturdy adjunct to both these players’ recorded works. (Dave Cantor)