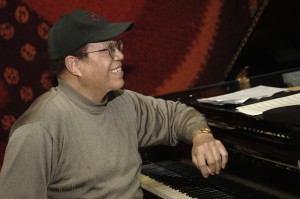 There aren’t too many folks left who played with John Coltrane. Pharoah Sanders is still in constant-tour mode. But now when he hits those sweet, elusive notes, the sax player’s in front of crowds including people who snicker at his attempts to seek the sublime.

And Cedar Walton’s still pushing at whatever lays just beyond bop. It might be soul one moment and then maybe a twinkle of the righteously off. And even if the pianist is better known as a sideman than anything else, his career constitutes a unique trip through jazz by a pretty unique—but reasonably unpleasant—guy.

In the time I’ve been writing for Newcity, the opportunity to discuss music with folks as diverse as Norwegian jazz players, hip-hop experimenters, drug freaks and funk foragers has arisen. Doing press can’t possibly be the highlight of these musicians’ day, but for the most part, folks have been passably civil.

The only thing that could account for an entire conversation being trash is a musician feeling that he or she has no reason to be doing the interview. Walton may have felt that—he did write the Jazz Messengers’  1961 “Mosaic” and play on Coltrane’s “Giant Steps.” But really, those accomplishments don’t excuse a guy setting up an interview for 1pm, having his wife call around 4:30pm, saying he has a dentist appointment until seven that evening, and that I should call back around then.

Being put off for real-life errands isn’t hugely problematic. Adjusting to unreasonable situations comes along with trying to hear musicians mete out snippets of history. If these folks weren’t kinda weird, talking to them wouldn’t be entertaining. But after getting Walton on the phone, hearing him tell me “Whatever you say, sir. Just get on with it. I mean, I’m being rude but not intentionally,” is bullshit.

The seventy-eight-year-old pianist not being patient enough with me to actually hear my first question wasn’t as ridiculous as the response after finally being able to deliver it. 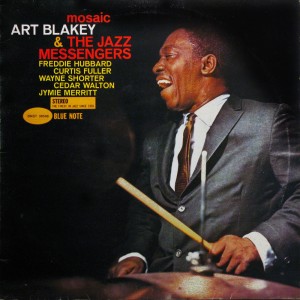 “I’ll try to temper myself. I’m not used to being asked questions with your voice going up at the end,” Walton said. “But it is a question, so screw me.”

Yup, it was a question. And American speech patterns for the last couple hundred years have informed the way I speak. So, screw me.

Eventually, Walton offered some insight into his work after a few more snide moments.

Issuing a disc with Italian saxophonist Piero Odorici found the elder pianist working to open an audience for a player he’s seen develop over the years. But that’s about all he wanted to say. Walton mentioned Odorici being able to sell the “product” at shows, hinting at what music has become for him.

It’s possible that during a remarkable career, interesting moments just seem like glinting memories not worth expounding on. So, when Walton turned to electronic piano for his 1975 “Mobius,” it may not have been a significant thing for a guy who’d been performing for about twenty years at the time. And unfortunately, he wasn’t able to summon much enthusiasm for dramatic shifts like that in his career, recalling that session’s producer in the simplest terms. 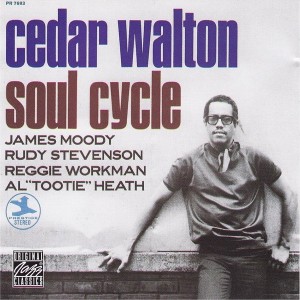 “He was a guy who had been told by the record company to find a jazz musician, like myself, for a fusion record,” Walton said. “He introduced me to the guitarist, and it was fine with me to add him to the production. … It wasn’t difficult for me. I remember not feeling any problems with doing it.”

Coming at a time when the vanguard had shifted toward assimilating a broader palette of popular sounds into jazz, there were still a number of traditionalists who pushed back against the innovation. Walton just saw the move as another gig. Even doing time alongside a free player like Archie Shepp, who Walton played with on the saxophonist’s 1971 “For Losers,” doesn’t elicit anything nearing emotion from the seventy-eight-year-old performer.

“I guess you’re doing your job,” he began snidely, dismissing another question with individualistic flair. “If I wanted to stay on a straight line, I would have declined these offers. I was just answering the call, going to play music. It wasn’t difficult for me.” 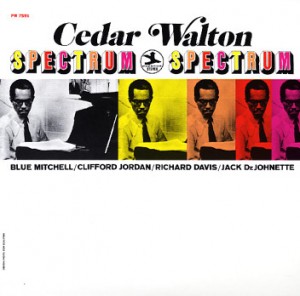 So, what to expect from a guy who looks at his career as a series of appointments—just like the one he had with the dentist so late in the evening? It’s a crap shoot. But since Walton went and wrote two 1969 albums of struttin’ post-bop and blues in “Spectrum” and “Soul Cycle,” there’re bound to be a few memorable moments during his Chicago run, even if the pianist only later recalls the gigs by their corresponding paycheck.

[…] Hard one to track down. The legend of this album is massive, and now I know why—it’s a deep, probing recording that rewards repeat listens. It does what jazz does best by reflecting the listener back upon himself; depending on what mood I’m in, I hear different things each time. I’d heard about this one as a sibling album to A Love Supreme, but I suspect that comparison is owed to a) the opening ascending glissando flutter on the tenor saxophone and b) the track “John Coltrane,” with chanting reminiscent of “Acknowledgement.” Nonetheless, one of this year’s favorite finds,… Read more »