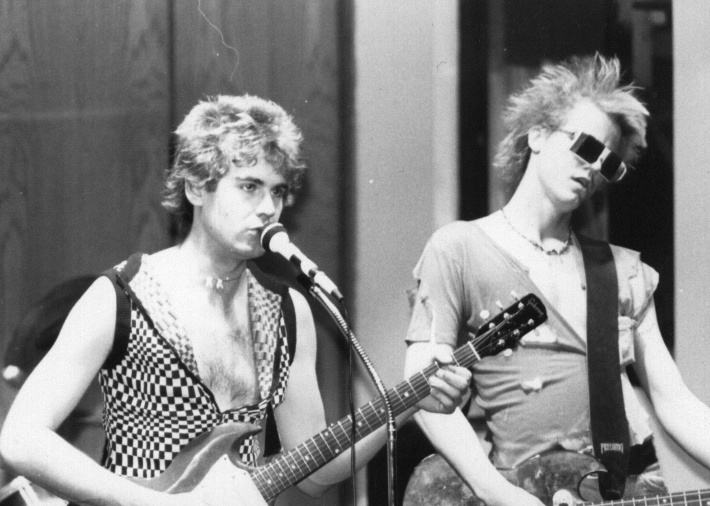 The Midwest can be alright. But it’s also a place that a lot of folks can’t stand.

The sprawling plains and seemingly dead industrial centers stretching through Illinois, Indiana and Ohio track a decaying history of punk that only folks who lived it can properly comprehend.

“People just didn’t know what it was,” Dale Lawrence says over the phone from Indianapolis. “So it’s gratifying to be able to play every few years.”

Lawrence and several other recruits were dug out of Bloomington, Indiana to constitute the Gizmos.

“In 1977, Gulcher Records ran an ad in a weekly saying ‘We’re looking to put together a third band for our roster.’ Well, I’d never heard of Gulcher, but I had just heard the Sex Pistols and wanted to be in a band again,” Lawrence recalls. “I didn’t know anyone else who knew this [punk] stuff or liked it, so I answered the ad. And what the ad was really trying to do was put together a backing band for Ted Niemiec, who was one of the first Gizmos.” 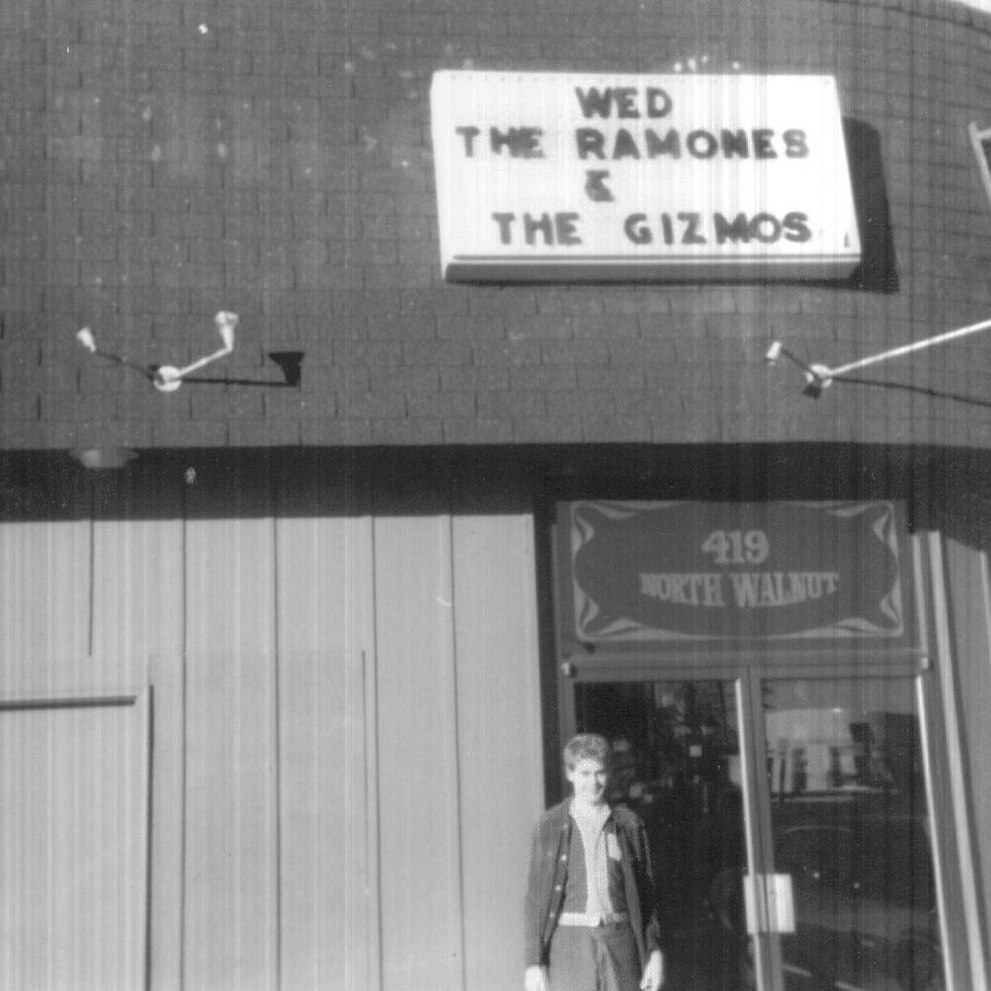 Initially, the Gizmos were a collection of hard-rock dudes and Creem-reading drug punks, cultivating the best and worst of a new music. It was still rock-based, but songs like “Muff Divin’,” “That’s Cool” and “Human Garbage Disposal” skirted the Ramones’ bubble-gum fantasies and honed in on the most transgressive elements of adolescent America. The members of that first troupe were too itinerant to expect a future. So, after releasing a few singles and receiving a bit of positive notice in the emerging underground press, everyone split—except Ted Niemiec.

After wrangling Lawrence to play guitar, Billy Nightshade on bass and Shadow Myers on drums, the trio along with Niemiec rehearsed and recorded a set of tunes that would become a 1978 EP called “Never Mind the Sex Pistols.”

The disc’s name can be understood as a step toward Lawrence’s interests and a time when the Gizmos’ second persona began to emerge, despite having Niemiec fronting the group. 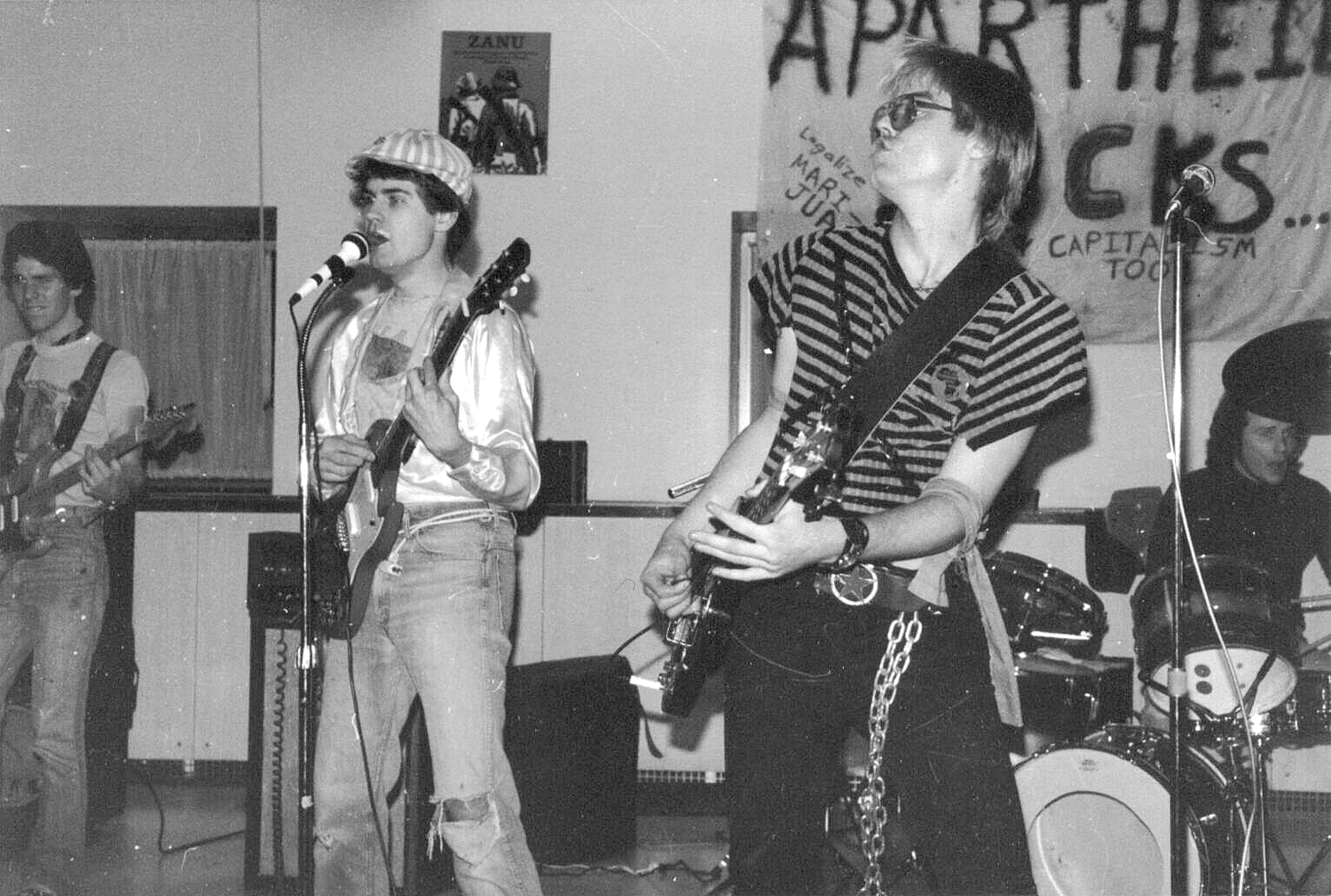 Lawrence contributed a few tracks to that release, and his “1978” pretty easily outstrips everything else. Opening with some anthemic and surprisingly melodic guitar, the song shuffles toward its chorus: “I can’t wait/1978.” It’s all jitters and anticipation, revealing the stifling surroundings Lawrence perceived and what he may have hoped for in the future.

Niemiec eventually ditched the band to focus on medical school, leaving Lawrence as de facto frontman. Gulcher Records’ honcho Bob Richert needed a bit of prodding to allow that to happen, though.

“By the time Ted left, Billy and I really wanted to be on our own. …Eventually, we just said [to Richert], ‘Look, we’re gonna do this. And if you let us use the name Gizmos, fine. If not, we’re gonna use a different name,”’ Lawrence says. “And we started wresting control away at that point. ’79-’80, when we were playing in Indiana, Bob was less of a guiding force.”

It was during that time that the void Lawrence repeatedly refers to was mitigated—at least a bit—by the arrival of a bunch of Purdue University students who started Dow Jones and the Industrials. And while the bands sound utterly dissimilar within the confines of punk, being weirdos in the Midwest during the late-seventies drew them together. And in 1980, the two groups went in on a split album called “Hoosier Hysteria,” with the Industrials taking the disc’s first half for its frantic synthesizer punk stuff, leaving Lawrence’s Gizmos to showcase “Rock & Roll Don’t Come from New York” on the second side.

The song’s point seemed to be refuted when, shortly after its release, the Gizmos up and headed to the coast and had a go at a proper career in music. It didn’t last too long.

“We had friends in New York,” Lawrence says. “And we couldn’t see things changing where we were. We were just kinda tolerated. …we were just wrong about moving to New York. We’d have been better off sticking around Bloomington.”

Arriving on the East Coast a few years after a flurry of punk groups ignited a nation’s trashy imagination wasn’t a beneficial move. There Lawrence found a different sort of void: He didn’t know people who came to shows and the first-wave punk acts were either over or in the process of gaining Blondie-level stardom.

That was the end for the Gizmos, but Lawrence would remain active in music, fronting the Vulgar Boatmen and gaining at least a modicum of success. The Gizmos, though, are what’s been bootlegged, re-issued and fetishized.

“We’ve been very lucky,” Lawrence says. “It seems like every time we play there’re a few more people.”