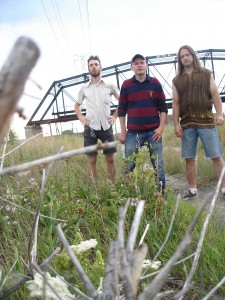 Operating under the auspices of psychedelia leaves a yawning gap to fill—anything from hazy electronic explorations to heavy-handed rock workouts might manifest itself on a bill with such a broad purpose as the Hideout-hosted Psych Fest.

Headlining the event’s first evening, Mako Sica skirt most hamfisted attempts to conjure a solid understanding of whatever psych might be. Brent Fuscaldo, one of the band’s guitarists, rattles off a litany of music he and bandmates fawn over—everything from jazz to Afro-pop and back again. But it’s only in the band’s application of its interests does the trio’s inclusion on the bill make sense.

“We never really thought of our band as psychedelic music. … It’s hard to describe what we sound like, so it’s nice to be invited to a festival like this,” Fuscaldo says. “We share something with these bands—our music’s hard to define—but I like bills like that, when [music’s] all over the map. 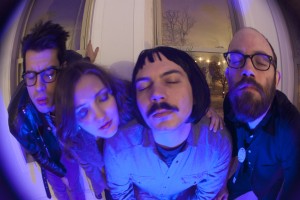 Clashing sonically with what Mako Sica conjures, Reno Squonk’s latest endeavor, Energy Gown, veers toward a sixties’ conception of psych with its ability to roil in noisy passages as much as rhythmically rewarding grooves.

“We love all that psychedelic stuff, but we also like to boogie,” the Energy Gown guitarist says. “Previously, we were doing pretty dirgey stuff. We’re working on songcraft now, so we try to put that in there.”

The tension between intentions is what imbues these bands with the ability to sit alongside each other at festivals like this fourth installment of Steve Krakow’s locally minded endeavor. Similar to that musical division, the Plastic Crimewave guitarist exhibits a sort of split headspace, dealing with various recording projects, devotion to sundry art-making propositions and even another festival. 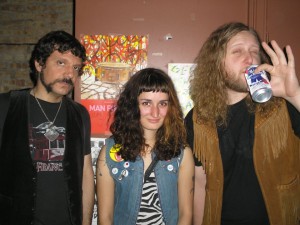 “I did a whole buncha interviews and played at a record store in Scotland, painted a mural,” Krakow says of a recent journey to the U.K. “A little bit of everything.”

The scattershot view of a work world bleeds over into Krakow’s art practice: Doing album covers, contributing to the Reader and working up his erratically issued, hand-drawn “Galactic Zoo Dossier.” The one thing uniting Krakow’s diverse projects is his unabashed love for psychedelia and music in general. Psych Fest, which he’s organized in its last two incarnations, isn’t even the only festival he deals with.

“[The Million Tongues Festival] started out as a five-day festival, and I wore myself so completely ragged that I was like, ‘OK, never do that again,’” he says. “So, it went down to four days, then three. And now I’ve been doing isolated shows. What became apparent was that to make that successful, you needed to have one big headliner, which is sorta tricky in the little world that I’m booking.”

“There was one year… we tried to have one or two outta town bands—still from the Midwest,” Krakow says. “You know, it’s great that there’re actually enough local bands now that you can have it… it used to not be a possibility.”

Though difficult to pigeonhole the music—Krakow says a guy with spikes on his head can be psychedelic—it’s with a sort of open-ended understanding that bands were rallied to perform at the Hideout.

“We didn’t necessarily have categories, but we were like, ‘This band fulfills the expansive, avant-garde take on psychedelia. This band is more like the jammy, rootsy kind of psychedelia.’ There are a bunch of different schools,” Krakow says.

“Some of those bands [scheduled to play], I wouldn’t even consider psych music. That term’s used quite broadly these days,” Reno says. “And I’ve tried to distance myself from it a bit—anyone with reverb calls themselves psychedelic… It’s a full experience, there’s an art to it; from start to finish, there’s an arc. More like a cinematic thing,” he says of his band’s recent work.

That arc’s set to be displayed when Energy Gown floats through numbers like “Echo Tower,” a track in its studio incarnation that still hits the eight-minute mark. All the slowly developing guitar noodling and plodding drums are certain to get an added bit of players’ cerebral  examination during the live event.

A more deliberate development won’t come from Mako Sica’s music, but in the winding works by Miracle Condition and Velcro Lewis’ reasonably traditional group. Krakow tosses in his own band, the Plastic Crimewave Syndicate, to round out the festival with heavy psych. And with an ethereal Bitchin Bajas set slated for the fest’s second evening, there’s no chance one of the sub-genre’s sub-genres goes unfulfilled.