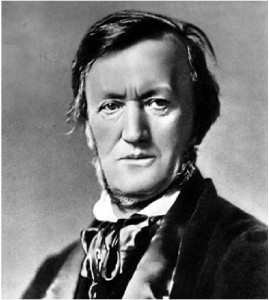 2013 is the bicentennial of both Wagner and Verdi. Whereas Verdi will be getting numerous salutes from the Chicago Symphony Orchestra, oddly enough, Wagner, whose influence spread across the continent and even influenced Verdi himself, is getting quite little by comparison, particularly odd given that the CSO is considered by many to be the greatest Wagnerian orchestra in the world.

The biggest Wagner salute comes this week from Finnish conductor-composer Esa-Pekka Salonen, a relative newcomer to Wagner but who like so many contemporary composers, including Pierre Boulez, has been influenced and remains enraptured by the music. Salonen will be conducting two performances of the Prelude and Act II of Wagner’s “Tristan und Isolde” with German tenor Stefan Vinke as Tristan and soprano Linda Watson as Isolde. Act II includes the most rapturous and sensual music between the lovers. The Prelude will be the subject of a Beyond the Score entry called “The Tristan Effect” with Salonen and the CSO sans the singers.

True, a single act of a three-act music drama does not an adequate bicentennial salute to Wagner make, especially from an orchestra that has a long tradition of giving us memorable complete concert performances of not only “Tristan,” but “Das Rheingold,” “Der Fliegende Holländer” and “Die Meistersinger von Nürnberg,” among others.

But a major portion of “Tristan” is still “Tristan,” the work that ushered in the Wagnerian revolution that still resonates nearly a century and a half later, culminating the Romantic era and pointing ahead to the breakdown of tonality in the twentieth century and even peculiarly yet routinely still blamed for world wars. “Tristan” is to art what Darwin’s “Origin of Species” is to science and what Marx’s “Communist Manifesto” is to politics and all art since has either embraced or tried, mostly in vain, to step around its immense influence. (Dennis Polkow)