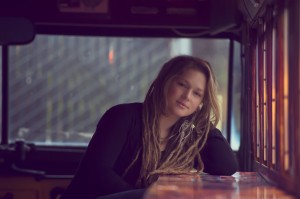 “American Idol” might have brought us talent like Kelly Clarkson, Carrie Underwood and then-unappreciated Jennifer Hudson, but there were many other promising artists who ended up vanishing even if they did well on the show. While some flamed out soon and wound up playing minor parts in off-Broadway shows, some used the exposure to create a niche audience and build a solid career once the cameras were turned off.

An example of this is Ohio-born Crystal Bowersox, who was runner-up during the show’s ninth season (defeated by Chicago’s Lee DeWyze) in 2010. Signed to Jive Records that year, she released “Farmer’s Daughter,” and despite positive reviews and reasonable sales, she was dropped after RCA disbanded her label. She has since signed with indie label Shanachie Records (which also includes Ruben Studdard—another “Idol” veteran—in its roster) and is in the works to put out her sophomore album “All That For This” under the production of Los Lobos’ Steve Berlin.

The album is a mix of folksy acoustic and electric tunes that showcase her powerful voice but that also show a softer side—especially “Stitches,” a heartfelt ballad featuring Jakob Dylan. The lead single “Dead Weight” is a bluesy pop song with a country twang that is sure to hit the airwaves with a bang.

Bowersox is also scheduled to star in “Always… Patsy Cline,” a musical based on the life of the singer-songwriter who died at the height of her career in an airplane crash. (Ernest Barteldes)