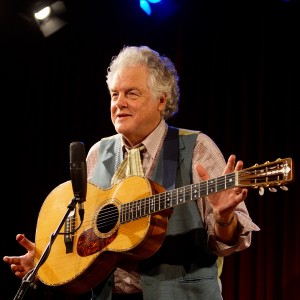 Carving out a career spanning the nation’s coasts, autochthonous musics and several decades makes Peter Rowan a reasonably unique performer. Coming from the northeast folk scene and counting Eric Von Schmidt among his contemporaries—yeah, the same guy Bob Dylan shouts out on his first album—Rowan gigged in rock and folk groups before winding up in the company of the Bluegrass Boys and Bill Monroe in Nashville. But that was only a situation that would last a few years, and soon enough, the guitarist was immersed in the Bay Area’s developing hippie scene. Performing alongside David Grisman in Muleskinner led to an eventual alliance with Jerry Garcia in Old & In the Way, both early newgrass supergroups. And while each ensemble only issued a handful of songs, one of Rowan’s contributions—“Midnight Moonlight”—has become something of a standard, winding up on assorted albums, including work by New Riders of the Purple Sage (there’s a seven-minute version with Tony Rice on their “Quartet” recording from 2007). Serving for so many years as an adjunct to fascinating musical company, Rowan eventually struck out on his own during the late 1970s. The resultant albums mixed a wealth of styles, “Texican Badman” incorporating the accordion of Flaco Jiménez, a performer who’d again crop up sporadically over Rowan’s career. Collaborations continued to mark Rowan’s career, although his name regularly receives top billing. And while some associate the singer and guitarist with bluegrass, a pop sensibility sneaks into a great deal of his work. Picking up a drummer for his first recording with Rice in 2004, tracks like “Ahmed the Beggar Boy” edge toward a country radio sheen. There’s a dusty and worn quality to it all, insinuating Rowan’s capable of working within just about any sort of acoustic genre—and wrestling with some intriguing topical material. Canadian folkster Rose Cousins opens. (Dave Cantor)