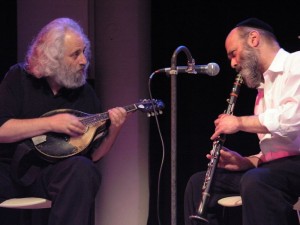 “Is there such a thing as a straight jazz band?” David Grisman wonders.

If there’s an answer—and the mandolin player is correct in making such a query—he’s certainly never performed in one.

Beginning in the wilds of New Jersey, the man who’d become known simply as Dawg came of age during that time in the 1960s when players stopped cordoning off musical genres. But the difference between Bill Monroe and acts like the New Grass Revival pertain more to attitude than song selection and improvisation. 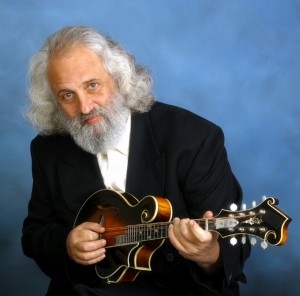 Grisman’s works, while taking in that Kentucky sound, have expanded over his five-decade career to encompass swinging cabaret jazz and hippie-fried jams, a singular range. Though the liberal wing of bluegrass will continue to evolve as groups like Yonder Mountain String Band hit stages at summer festivals,  improvisation isn’t exactly a striking revelation. Musical realms exist beyond what’s become a predictable, if still vibrant, bluegrass scene. And Grisman uncovered it all about thirty years ago.

“Mandolin Abstractions,” a 1983 Rounder Records release, retains a bit of bluegrass flair and doesn’t stray too much from what listeners might expect on a disc featuring Grisman and Andy Statman, another mandolin player frequently taking the instrument to the brink of its applications. Over thirteen tracks, “Abstractions” isn’t an outlier in totality. By virtue of a lone track called “Journey to the Center of Twang,” an exploration of the stringed instrument’s outer capabilities became fully realized.

From its chugging opening, “Journey” bears down on dissonance, trebly exhortations rolling over occasional chording. An ahead-of-the-beat rhythmic conception swings throughout, but the strangled noise wrested from Grisman’s mandolin has no precedent. And despite the mandolin never being used for work in drones—a scenario begging to be resolved—Grisman and Statman are able, if only momentarily, to speak through their instruments in a language others haven’t ever conceived.

On a Jazz Continuum

The track’s sense of adventure belies the duo’s other collaborations, but not Grisman’s understanding of jazz, which follows a craggy continuum from Louis Armstrong to Eric Dolphy. There’s something beyond music binding these mandolin players, though. They’re both Jewish.

“Andy [Statman] and I have played gigs together for over thirty years, at various times and with various ensembles including my quintet, his trio and a group we formed to record and tour with our Jewish music project—‘Songs of Our Fathers’ and its sequel, ‘New Shabbos Waltz,’” Grisman says, recalling just a few entries in his insurmountable discography.

Statman, who’s set to perform on both mandolin and clarinet at the duo’s City Winery dates, is as likely to break into a klezmer-inflected version of “Yerushalayim Shel Zahav” as a bluegrass stomp. Using the mandolin to express devotion to his faith makes compositions by the New Yorker unique in that bluegrass and the mandolin are more frequently accompanied by New Testament references than comments on Flatbush. 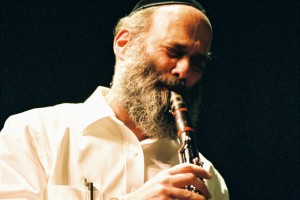 The kinship Statman and Grisman share sprouts from music and culture and hinges on the merger of ancient melodies and America’s musical history. But there’s a familial vibe to much of the latter’s canon. Flipping through his recordings, the same names pop up repeatedly, sometimes at intervals of a decade, sometimes more—Jerry Garcia’s among them.

Trading in his East Coast beginnings, Grisman was afforded the opportunity to record a few tracks for the Grateful Dead’s “American Beauty” back in 1970. The project’s impetus came a few years earlier while Grisman was divining what would become newgrass in New York amid the filthy mass of hippies and artist types, encountered Garcia and began a relationship that would push the pair through three subsequent decades. Grisman’s mandolin doesn’t dominate “Ripple” or “Friend of the Devil,” but behind Garcia’s whiny drawl, it dashes the recordings with a folksy vibe that would have been apparent in his absence, but not quite as down home.

Abstract notions of family aside, Grisman’s seen fit to truck musically with proper blood relations on a number of occasions. His youngest son, Samson, has been playing bass since before he was of school age. And making an appearance alongside his father, John Hartford and Mike Seeger at eight years old is a credit most wouldn’t be able to boast of at a much riper age.

Without his proper family along for the gig, Grisman’s set to perform with his brother in heritage, Statman, providing for layers of revelation. It’s just that none of those shows are going to take place on Shabbat. Bubbe and Zayde approved.