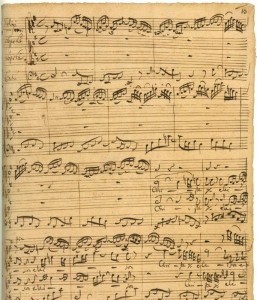 “This piece is very near to my heart,” says Riccardo Muti, touching his breast twice. “It is the grandest setting of all of the masses, a piece that I have done several times. You know, Beethoven wanted a copy of the [Mass in b minor] before he began writing his ‘Missa solemnis.’

“Incredibly, Bach wrote the first part of the piece to get a better job that he never got. And it was never performed. Amazing how such a circumstance can produce such a magnificent masterpiece. Yet there is no doubt that he wanted this to be a Catholic, not a Lutheran mass, because he includes [“catholic and apostolic”] in the ‘Credo.’ ”

Muti is no fan of the early music movement, what he calls “the philological approach” to Baroque music. “It is all so silly,” he says. “Who can know what Bach wanted this music to sound like 300 years ago? Especially a piece that never was performed in his lifetime! And if you want to be true to Baroque music, they did not have countertenors, they had castrati. And we would also need to include the rest of the liturgy between each movement and a long sermon.” 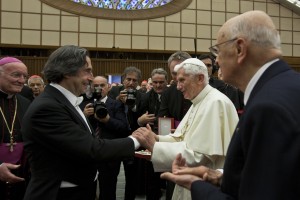 Nonetheless, unlike Muti infamously performing all two hours of the Mass in b minor without an intermission as he did when he performed the piece when he was music director of the Philadelphia Orchestra, there will be a break between the “Gloria” and the “Credo.”

You can also unapologetically expect large forces, at least by period instrument standards, including a large chorus and of course, modern instruments. “These groups do this music by formula. You know from the opening measure how it will sound at the end, where every trill will be and it is very lifeless. Baroque music needs to have a singing quality to it, it needs to breathe.

“I grew up with Bach before he became the property of specialists, and loved to write counterpoint in school, and was good at it. I still have a pile of it. I loved playing Bach on the piano which is more expressive than the harpsichord.” Still, for these performances, Muti is using harpsichord as part of the continuo, along with organ and cello.

The religious aspect of the piece is also important to Muti, a Roman Catholic who always takes Easter week off, as he did late last month, spending it with family “in the mountains.” Prior to that, Muti was in Rome conducting at the Opera di Roma when the new pope was chosen—“whose parents are Italian,” he is quick to note. Pope Emeritus Benedict, whom Muti describes as “musically astute,” had asked Muti to conduct at the Vatican last year and much to Muti’s surprise, spontaneously offered “oral program notes to an audience of 7,000 people without a single note in front of him that was better than any critic could give. I was very moved by the courage of his resigning as he said, ‘I am not only exhausted physically, but spiritually.’ ” (Dennis Polkow)