And while the journalist’s March 27 passing has little impact on Akron/Family, its new disc “Sub Verses” or the fact that the trio, augmented by Los Angeles-based synth-junkie M. Geddes Gengras, is set to appear at the Empty Bottle on Tuesday, Williams’ death points to a necessity to discuss music differently.

Postmortem, the Crawdaddy! founder is amid some of the widest appreciation he’s been afforded in decades. It’s easy to resurrect the dead’s legacy and reflect on it in an age of digital cataloguing. But what the guy keeps getting credit for is commenting on music in a way that had less to do with picking out what time-signature’s being used and more connected with what those rhythms make a listener feel—how the emotive qualities in a recording work on the person taking it in.

Akron/Family drummer Dana Janssen may or may not be aware that Williams is no longer spinning vinyl and opining, but the Portland-dwelling percussionist says he hopes journalists can eventually write uniquely on his band.

Becoming familiar with the Family’s discography requires a liberal appreciation for an unruly swath of music. Whether it’s folksy or hard rock is insurmountably boring. And it’s become a tedious task to tie the band in to Jerry Garcia’s legacy, despite Janssen saying the six-minute R&B workout on “Sub Verses,” “When I Was Young,” was written about the Grateful Dead singer.

“He’s obviously a big influence on us. I don’t mind it,” Janssen says about endless questions he receives attempting to connect the Bay Area band to Akron/Family. “It’s funny to hear that … people put it into a specific part of their brain.” 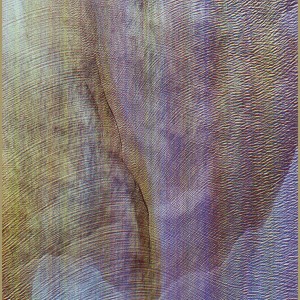 It’s a stretch to figure Akron/Family as a jam band, though, and there’s not much evidence on “Sub Verses” to push such an assertion forward. Referring to the disc as one of the group’s heaviest outings, Janssen works to distance Akron/Family from the litany of single-word descriptors it’s accumulated over an existence nearing the ten-year mark.

His contention’s probably a bit heavy itself, but contrasted with the group’s self-titled debut, “Verses” is short on acoustic guitars and saturated with distortion. “Way Up” opens like a metal opus, attendant synthesizers disconnecting the track from its darker brother. But the song’s most dirgey hypothesis is quickly subsumed by vocal harmonies, making the five-minute affair lighter than its exposition might insinuate. There’s no hint of granola during the entire composition.

So, the Family isn’t just a band of pranksters, created in Garcia’s image. What about freak folk? That’s a thing people seemed to enjoy, an easily applied tag at once rooted in our collective past as Americans and as international rebels.

The New York Times recently rattled that genre corpse in a piece called “Freak folk courts the plain folk,” wrapping up Devendra Banhart and Joanna Newsom as outliers coming into the fold as maturing performers. Of course, collectively, that pair hasn’t approached the breadth of work Akron/Family doses listeners with. So, another whiffer in terms of sizing up the Family with a succinct nom de genre.

“Sometimes I,” another effort from Family’s latest, is likely to result in a wealth of avant-reference and discussion of the band’s minimal intentions. Maybe that’s where Gengras comes in.

“Miles saw Sun Araw [Gengras sporadically performs with the group’s principal member, Cameron Stallones. The pair, joined by the Congos, recorded “Icon Give Thanks” in 2012] play in L.A.,” Janssen says. “I think [Miles] was inspired by his energy. So, I began to investigate his stuff, and it just seemed to make sense. We talked on the phone, and it felt like a good fit—like he would contribute interesting qualities to the music, like sonic textures. It’s been pretty exciting, having a new palette of sounds.”

Those aural expanses now being more fully realized in Akron/Family’s music have been festering since the group’s inception. Scattered over its half-dozen full lengths are brief forays into brisk minimalism, bubbling out of reasonably traditional efforts. “Set ‘Em Wild, Set ‘Em Free,” the first album Akron/Family recorded as a trio, includes “Sun Will Shine (Warmth of the Sunship Version),” which begins with slowly revealing guitar and a repetitious vocal sentiment. As so many of the group’s compositions do, the track blooms, taking into consideration at least three fully realized subsections.  As the composition’s vocal portion decays into a miasma of feedback, a synthesizer drone emerges but only briefly before an “Auld Lang Syne” quotation settles in. It’s not the brand of minimalism Gengras is associated with, but it’s an outline of what Akron/Family has staked out as its own.

Everything in the realm of rock and rock writing remains beholden to a sense of belonging, filing stuff away in the right spot and checking off the right references. Akron/Family isn’t any different, but with “Sub Verses” and an inspired idea for collaboration, it’s striving to be.