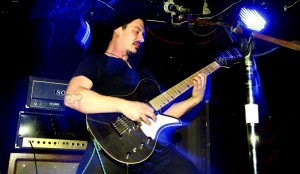 Black-clad freaks, gather. We’re here today eulogizing Oyarsa and its untimely demise. The metal duo still had so much to explore. But Noah Coleman has seen fit to take his guitar to the unknown wilds of northern Idaho, where the only thing outnumbering trees and mountains are militia men, dedicated to wresting freedom from some invisible tyrant—some secret Muslim.

The death rattle, its fits and shivers, has made seeking perspective on Oyarsa’s final Chicago performance from musicians sharing the bill a healing thing—one that can’t replace what Chicago’s losing, but can serve as a coda to the band’s truncated career.

“It’s kind of a shame,” Winters in Osaka’s Adam Jennings says of Coleman and drummer Joshua Anderson parting ways. His band, along with Sun Splitter, is slated to open for the near-deceased duo at Thursday’s show. “They’re splitting up at a time that the band’s hitting its stride and people have started coming to shows—their set’s becoming more and more intense.”

Apart from the reconstituted Plague Bringer, Jennings says, there’s not another two-piece reveling in such slow-developing doom.

“I think they had places to go … the way they were approaching it was really fresh, to me,” Sun Splitter’s Jacob Essak says about Oyarsa’s recent work. “ I’m bummed that they’re gonna have to stop doin’ what they’re doin’. But I know Noah’s gonna keep his tape label going.”

Oyarsa’s last release, a self-titled 2012 tape issued through Coleman’s own Sol y Nieve imprint, slows down black metal, almost halting the procession. The genre’s attendant flourishes are evident, but remain subservient to the narcotically slow compositions. The tape opens with a good thirty-seconds worth of crackling emptiness. But the plodding second track, “A Pulse Fills This Void,” employing a dirgey one-note stop-and-start counts as the duo’s musical thesis. It’s all painful yowling, insistent pauses and dreadful foreshadowing—everything making metal a genre worthy of its constant corpse bilking.

The consternation over the band’s end expressed by both Jennings and Essak, though, has to do with the personal bonds formed within the city’s relatively inclusive metal scene as much as the indolent music Oyarsa’s conjured over the last several years.

“I’d seen Noah around and didn’t know who he was,” Essak says. “Three or four years ago, there was a big rock festival [in Columbus]. … Shrinebuilder and Yob were the headliners. … I was there, hangin’ with my friends outside a show, and I see Noah. … I go and introduce myself … [Oyarsa was] sleeping in their van, so we got ‘em a place to stay and Noah, Josh and I became good friends through that.”

Jennings’ has his own origin story, drawing him into the Oyarsa inner-circle. But it’s a performance he helped arrange for the duo serving as a definitive experience. 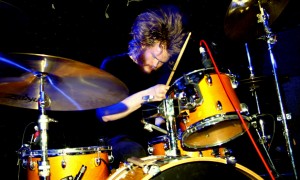 “I booked them a show in a basement in Rogers Park with a buncha grindcore bands—they stuck out like a sore thumb,” Jennings remembers. “All the punks had been moshing, then Oyarsa played, and everyone froze.”

“It bummed them out,” Jennings says of the chastised crowd. “But then [Oyarsa] went back and played the most pummeling, devastating set.”

Just like that set from a few years ago, Oyarsa’s sharing a stage with two bands it has only a passing commonality with. Sun Splitter hedges toward the experimental side of doom while Winters in Osaka embraces an ambient-noise aesthetic. There’s nothing for a Metallica fan to fawn over. But the bill again serves to expound on the wide-reaching metal scene developing in Chicago—one that abuts the experimental side of rock stuff.

“I think we all take a unique approach to a theme—and the theme is taking dark music and moving it past your typical hesher-metal thing,” Jennings says of the bill. “There’s some psychedelia, some atmosphere and noise. … we’re all working on the same pastiche of music.” 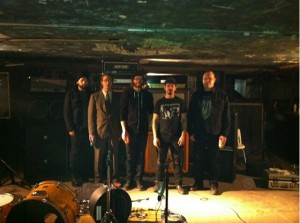 Given the relatively experimental nature of the bands involved and Thursday being Oyarsa’s final gig, it’d be appropriate to assume some monumental improvisation is set to conclude the evening, Jennings guesses. The way each band’s personnel’s structured almost begs for it.

Oyarsa’s culminating performance is a bummer and a beauty, simultaneously. And while it’ll likely be the last time the duo’s going to perform, a few months are left before its principals are going to be separated by a few time zones. Jennings mentions the possibility of a one-off recording, pairing Winters and the nearly dead duo.

“A lot of our collaborations, other people will set up music, and we’ll listen to it and add our elements,” he says. “But with Oyarsa, since I’ve become close with those guys over the years and appreciate their vision, we’re gonna want to do it in a big room together, take a few hours to bounce ideas off each other, and record it all.”

If that doesn’t sate the bereaved, nothing will.