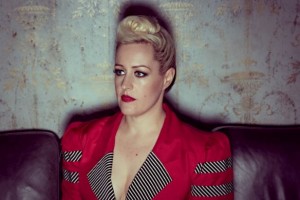 In 2008, British soul singer Alice Russell caught the attention of critics and fans alike with her catchy “Got The Hunger” the lead single from her US debut, “Pot of Gold” (Six Degrees, 2008). She seemed to tag along with her country’s embrace of young female singers like the late Amy Winehouse and Adele, who capture the essence of American  soul and use it in their own way—apparently drawing more inspiration from Motown than more current stuff made here.

On her new record, “To Dust,” Russell goes further by incorporating gospel sounds and more organic instrumentation instead of the previous disc’s predominantly electronic sounds. For instance, “A to Z,” is a powerful guitar-driven tune with smart vocals and a very catchy groove.

The lead single “Heartbreaker” has a bit of a classic soul groove that is reminiscent of the work of Aretha Franklin and Patti LaBelle without sounding dated, and “Hard and Strong” has more of a rock feel, cleverly mixing electric instruments with strings that do not simply enhance the song—instead, they form its backbone, giving the guitar the chance to form a nice backbeat. The title track starts with a drum and bass groove that are perfect for Russell’s mournful vocals. With her extended promotional tour Stateside, we will be able to see how that translates live. (Ernest Barteldes)