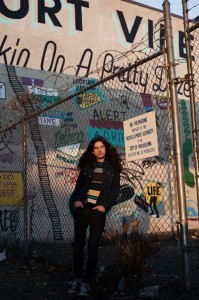 On Kurt Vile’s last EP—“So Outta Reach,” sandwiched between the LPs “Smoke Ring For My Halo” and the new “Wakin on a Pretty Daze”—he sang: “Life’s a Beach.” For rock critics attempting to pin his philosophy (which I most certainly am), it’s a buffet. That Vile imbued the world of the generation he’s been chosen to speak for (whether he likes it or not) with such vigorous, sardonic ease in those words, and so many more before, was quite the epilogue to the release of “Wakin,” a seventy-minute wall of shimmering, hi-fidelity sound that chugs along with zero thought to an apology for “selling out.”

When Brooklynites Titus Andronicus voiced displeasure with his selling his “Smoke Ring” opening love song, “Baby’s Arms,” to Bank of America, Vile tweeted: “sorry titus. i did it to be like the carpenters.and to buy my daughter high end diapers. and to pay back my publishing advance. and because i never cared about that sorta thing. whoops,i even have a bank of america account.” On “Smoke Ring” track “Puppet to the Man,” he says: “I bet now/You probably think/I’m a puppet to the man/Well I’ll tell you right now/You best believe that I am.” Marxist integrity, Vile seems to say, is a privilege for the privileged. And trying to maintain it as an artist, with a family, in a musical marketplace that’s long been even more broken and confused than the recession the rest of us are worried about, is a pointless war of attrition; and one you’re going to lose.

“Wakin,” in keeping with this acceptance of the world-as-is, is Vile’s most self-assured album. These songs are concerned with finding the sublime in the mundane (sort-of title track and opener, “Wakin On A Pretty Day”), triumphing over old insecurities (“Was All Talk”), the strength of long loves (“Never Run Away’), tempering vices (“Too Hard”), and the focus required to continue his creative output (“Goldtone”). Sonically—where KV’s always been more interesting—he’s used his biggest spotlight yet to exhibit more range than ever. These songs going for so long (seven of the eleven tracks exceed five minutes, with four of those closer to the ten-minute mark) is a right Vile’s earned—and which no one’s questioning in this, his inevitable victory lap. 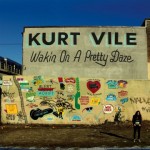 Each track uses its ambling to explore a different, methodically textured niche in what distills as a compendium of Dad Rock Revivalism. Forking slightly left from the more ethereal, shoegaze-tinged swoon of the marvelous “Smoke Ring,” Kurt and his Violators sound here the part of a pack of men bucking down in the face of life, and harnessing their wizened contemplations into some glowing, stadium-fit arrangements. “Shame Chamber” seems a lost track of Wilco’s “Summerteeth,” and the title track’s extended outro is the sound of Dire Straits with much less to prove. That Vile would do this—that he’d make an album more in key with the mainstream screens of the seventies than the post-punk caverns of the eighties and nineties—comes as no surprise to those who didn’t dub him as a pissy, drug-addled iconoclast, just because of his shaggy demeanor and seemingly stoned singing drawl (“You’d think I was stoned,” he sings on the closing “Goldtone,” “But I never, as they say/Touch the stuff”).

And that Vile made this shift in style while being the closest thing this generation of rock has to a national punk star is most telling of all. He’s singing to a crowd that’s long given up on guitar-wielders as agents of change, or totems of political charge. Vile knows he can never transcend his specific impressionism, and is stuck remixing rock’s past in a way that’s inherently nostalgic. He’s accepted that bind in his path to glory. That “Wakin on a Pretty Daze” will further his reputation and success, while choosing to celebrate grandeur on anyone’s terms (penultimate number “Air Bud” is the coolest Disney Channel track you’ll ever hear) shows how badly his target cohort, still dragging through the economy that’s thrown them to the dregs of cultural afterthought, is yearning for a break of any kind. Kurt’s caught his, and it looks good on him. (John Wilmes)


“Wakin on a Pretty Daze”
By Kurt Vile
Matador Records