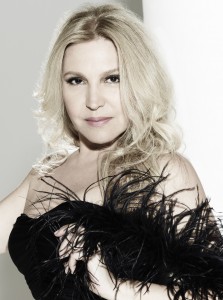 Late trumpeter Chet Baker may have lived a troubled life all the way to his tragic death in 1988, but he left a legacy of great recordings that influenced countless musicians and fans throughout the years—his approach to singing and playing clearly informed the Bossa Nova movement in Brazil, and many standards today are immediately identified with him.

In recognition to Baker’s talent, Brazilian-born pianist Eliane Elias looks back at his storied career by giving a fresh interpretation to many tunes identified with him, mixing “cool” West Coast jazz grooves, with Brazilian-flavored tunes and some straight-ahead jazz. The album opens with the title track played in a bare-bones arrangement featuring Elias on piano and vocals, bassist (and husband) Marc Johnson and guitarist Steve Cardenas. She is joined by legendary bossa-era guitarist Oscar Castro-Neves on “There Will Never Be Another You,” which appears here as an acoustic samba.  The tune changes into a straight-ahead format as  trumpeter Randy Brecker does his Baker-inspired solo while Johnson and Rafael Barata keep things tight on the rhythm section. “Let’s Get Lost” is played almost like a classic bossa showcasing Elias’ fine piano chops and Castro-Neves’ semi-muffled guitar chords. Things get groovy with “Just Friends,” which bring together drummer Victor Lewis and Johnson, who previously collaborated together in one of Stan Getz’s bands. (Ernest Barteldes)

Eliane Elias
“I Thought About You”
Concord