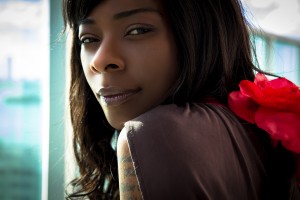 Though best known for her work as a flamenco singer, Palma de Mallorca-born Concha Buika has broadened the genre through her very personal interpretation and also by taking the music in unusual directions. In 2011, she collaborated with Anoushka Shankar on the sitarist’s genre-bending “Traveller” (Deutsche Grammophon), an album that mixed influences both from Indian and Flamenco into one package.

On her new release, “La Noche Mas Larga” (Warner Latina), Buika offers a collection of self-penned songs and a handful of covers—including a great update of Abbey Lincoln’s “Throw It Away” that features a rollicking electric bass line by Alain Pérez that serves as a backdrop for the percussion and piano. On her own “No Lo Se,” guitarist Pat Metheny (a serial collaborator in his own right) contributes haunting acoustic guitar grooves that pair greatly with Buika’s dramatic vocal. Also notable is her cover of Jacques Brel’s French-language “No Me Quitte Pas” with a flamenco arrangement.

In a live setting, Buika exudes great passion and charm. You don’t need to understand the lyrics if you don’t speak Spanish, because her delivery is enough for you to feel the meaning of each song. (Ernest Barteldes)