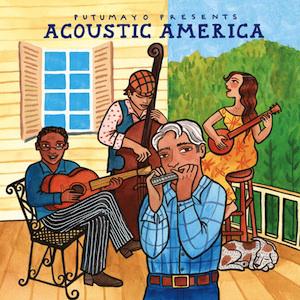 There is some great American music out there, but you just do not hear it on Top 40 stations. It’s a world where Justin Bieber or Katy Perry have zero significance—it is the world of American acoustic music that you can only hear on local stations or maybe on NPR if you are so inclined. This is the music played by folksy types you sometimes hear in coffeehouses, but it really is the roots of what we call “Americana.”

Two new collections from Putumayo explore this often-ignored music, which ranges from folk, bluegrass and country-folk to zydeco. On “Acoustic America,” well-known classics mix with original songs—highlights include Clay Cumbie’s gorgeous “Here’s to The Journey,” an ode to the open road and the joys of traveling and Red Horse’s take on “Wayfaring Stranger.” Also notable are Guy Davis’ downtempo “Everything is Gonna Be All Right,” (whose lyrics actually suggest otherwise) and the Sonny Terry & Brownie McGhee’s acoustic blues “I Was Born With The Blues.” 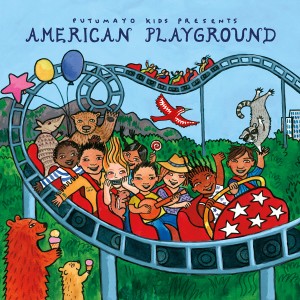 On “American  Playground ” we find a family-friendly selection more geared toward youngsters, with better-known tunes, going from Johnny Bregar’s joyful take on “She’ll Be Coming Round The Mountain,” Aaron Watson’s  bluegrass version of “Blue Skies” to Phil Rosenthal’s “This Land is Your Land.” Dan Zanes shares the spotlight with Barbara Brousal on “Saro Jane.” Listen closely to Guy Davis’ beautiful “We All Need More Kindness in This World” (the title says enough) and Randy Kaplan’s very personal rendition of Bob Dylan’s “Forever Young.”

On a not so positive note, I couldn’t help but notice that Hawaiian music—a unique slice of Americana—is completely absent from these collections. Pretty much everything else is represented: when will labels stop considering the music of our westernmost state “foreign”? (Ernest Barteldes)