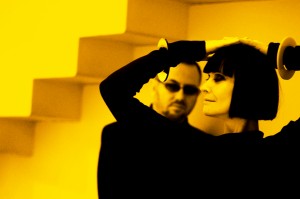 The eruption of volcano Eyjafjallajökull in 2010 disrupted the lives of many—flights were grounded on both sides of the pond and, to make matters worse, blizzards on the Eastern Seaboard at around the same time just made flying across the Atlantic a near impossibility.

Among those who couldn’t get on a plane were the members of Swing Out Sister, who were supposed to go on an acoustic tour across the US. The disruption inspired them to go back into the studio and record the arrangements they were supposed to take to the road, and the result was “Private View” (Shanachie, 2013), which contains a selection of reinvented takes on some of their greatest hits and a handful of covers—we reviewed the album back in January on this site.

The much-delayed tour (fingers crossed!) is finally happening, and the band led by vocalist Corinne Drewery and pianist Andy Connell are making a number of stops Stateside, beginning right here in Chicago.

We caught up with Drewery over an extended phone interview during the week of June 24, when she talked about the music and also with her concerns about how we as individuals have a responsibility toward the environment.

On the liner notes for “Private View,” you wrote that you had a ‘hunger’ for being on the road… do you still feel this way?

Yes, I love being on the road—it’s all part of being in the music. If you don’t go out on the road and see exactly what people think, you don’t quite get the full picture. You could be in the studio, making records. When you play a song live and you see how people respond to it, you get something back from it.

On the companion DVD, you seem to have used the same acoustic arrangements on the record. Was that show done before or after you went into the studio?

It was recorded after actually. We worked out that set for a tour in America that never happened that was caused by an erupting volcano in 2010. We had these arrangements for that tour, but we were grounded for a couple of weeks and that was the time when the tour was happening, so we couldn’t go. We were all rehearsed, so we said, ‘let’s go in the studio and record it. Not sure what we were going to do with it, but then we had to get into the rest of the tour, including Europe and the Far East and a few other dates. So we couldn’t come to America at that time, so our thinking was ‘let’s make this into a record so they can hear what they were going to hear.’ So now we’ve added and subtracted and made some new arrangements so it’s not quite how it sounds now live. That DVD in Tokyo was done more than a year later, but it was a continuation of the tour that would have started in America.

I escaped that—there were some blizzards on the East Coast before the volcano, and I had recently returned from a trip to Poland when that all came down—so I guess I got kind of got lucky.

Oh… I think the planet is complaining. Earth is clearly distraught by all the disruptions we’ve done; we cannot expect things to be completely without effect. 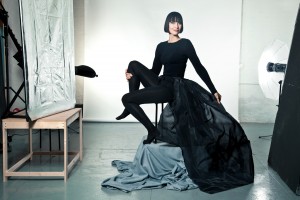 Are you an environmentalist in any way?

I think we all have to think about everything we do. We can start with what we do at home and the way we do things. I have a car, and but I also have a bicycle, I try to use my bicycle and public transport when at all possible. All these things are convenient, the things that disrupt our planet—it’s very difficult. You know, shopkeepers are too keen to give you a plastic bag, and I go ‘No, do not offer me a plastic bag. People shouldn’t get plastic bags unless they request them; encourage people to bring their own bags.’ It makes me furious when they all too recklessly put everything in a plastic bag, I’m thinking, parts of this country it’s illegal, you should charge people for the plastic bags or just fine people for not bringing their own.

Has Great Britain enacted any laws in that sense? I know that in many European countries stores are required to charge for plastic bags.

I think they made it illegal to give you a plastic bag so many supermarkets they either charge you or only give you a bag upon request. But in small shops people still keep on with the habit. You have to think, where is this plastic all going to end up? I take the bag from the shop and use it for other things, but it’s hard to give up the habit—everyone needs to take a part in it, we can all help and reeducate ourselves and others. I really think it helps.

On this US tour, are you flying to the shows or are you using a tour bus?

We are taking a tour bus. One time we flew from city to city and I think it’s such a waste, it’s such an extravagance, and you don’t really get much sleep that way. It seems like [flying] is a more convenient way to travel, but actually you don’t sleep. I love being on a tour bus. It’s kind of a mobile home for a few weeks.

You actually wrote that on the liner notes for the “Private View” album, “in 2005, we took to the road in a tour bus around the USA. I slept on the top bunk; we sang, drank, danced and drove into the dawn along the freeways…”

(Laughs) That was great. I wanted to be in a tour bus since I was four years old. My parents had some friends who were in a band and they turned up at my parents’ flat in their brand new tour bus, and I thought ‘Wow, I need to get one of these.’ It took me forty years to finally get on one, but…

Is this tour based around “Private View”’s more acoustic vibe or are you doing a more electric approach?

Yeah, you know it’s the twenty-fifth anniversary of the release of our first record, and it turned straight to number one, so it’s a kind of celebration—not a wedding but an anniversary. We are really looking forward to our first date in Chicago, and the other cities we’re visiting have been so instrumental to the music we’ve made—lots of our inspiration has come from musicians. For instance, Chicago—Ramsey Lewis is from Chicago… Next stop Detroit, the whole Motown experience that washed up in our shores. Every city, we’re so glad to be visiting the hallowed ground, the home of this musician…