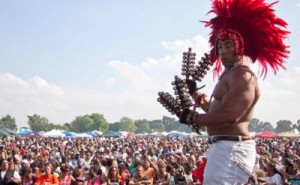 The teenagers who flooded downtown a few weekends ago, adorned with face-paint, tutus and even more ridiculous costumes, were a visceral reminder that another EDM festival had come and gone. This particular time it was Spring Awakening, but it could just as easily have been Electric Daisy Carnival or Wavefront Music Festival. All showcase a style of dance music that has become immensely popular over the past few years, focusing on dubstep and flashy “drops.” But July’s Chosen Few Picnic Weekend is a testament to the fact that EDM is not the first wave of electronic music to find a home in Chicago, no more than Spring Awakening and Wavefront are the first Chicago-based dance music festivals.

The Chosen Few Picnic Weekend was started in 1990 by a group called the Chosen Few DJs who’d originally met in high school during the apex of house music’s popularity, but had started to go their separate ways over the years. Founding DJ Alan King says the picnic was originally conceived as a reunion, for both the Chosen Few group and the house fans who used to party with them back in the day. The picnic’s twenty-three years of existence demonstrates the worldwide popularity of the house genre, as it grew from an event with a few dozen people in 1990 to a massive “tent city” that demonstrates the lasting, global popularity of house music.

“It’s very organic how this picnic has grown,” says Wayne Williams, a founding member of the Chosen Few DJs. “We’ve never really advertised, but it’s all grown from word of mouth. I would love to take credit for it, but it’s the people who have made it what it is, people who love dance and house music. This picnic is not just a Chicago thing—people come from as far away as Europe and Japan.”

That kind of growth points to the diversity of the festival’s audience. Although it started out as a reunion for fans of Chicago’s house scene from the eighties and nineties, King says that these days the festival plays to a much wider age range. 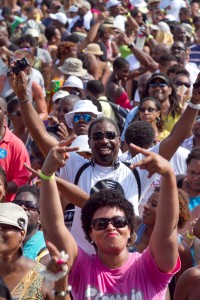 “We’ve expanded it to new people, both younger ones who may be kids of our contemporaries but also a large influx of people who come in from around the country,” he says. “As much as we love the music, a lot of us are getting into our late forties or early fifties, and it’s important that we continue to introduce people to this music and this scene.”

Both King and Williams point to one year in particular when they realized just how much people cared about the festival: 2004, when the festival was hit by heavy rains.

“It only rained hard one year, which is amazing in itself, but that stood out because people kept coming,” Williams says. “They were dancing in the mud, they didn’t care that it was raining. That really stood out to me, that the music had that much effect on people that rain wasn’t going to stop them.”

The longevity of house music’s popularity and the passion of its fans decades after its initial appearance is what separates the Chosen Few Picnic from its EDM descendants.

“No disrespect to other EDM events, but I think what you get at the Chosen Few picnic is a little bit more of an authentic experience,” King says. “I mean you have the people who were at the forefront of the beginning of the house music scene, and I would submit that EDM is just an extension of house music. So you’ve got not only DJs and producers and performers who were there but you also had the partygoers who were on these legendary dance floors. It’s not a fad; they live and breathe the music.”

The aura of positive, communal feeling surrounding the picnic has led to Woodstock comparisons. The reunion for house music fans also spawns smaller reunions, for high schools, fraternities, sororities. Williams refers to the good vibes of the event as “indescribable.”

The Chosen Few DJs are just as passionate as their fans about the music they’ve spent decades playing, although not all of them necessarily have careers in music. Williams is Senior VP of A&R at RCA Records, but King works as a lawyer during the day.

“It can be a challenge,” King says about balancing his day job with his music. “It works out well for me because I always make my legal career my first priority, so I’m smart about when I take gigs and where I take gigs. Interestingly, it’s made me a better lawyer because I’m happier with my life, back to doing my first love. I just make it work.”

The Chosen Few Picnic Weekend  takes place July 4-7. The main event, the Chosen Few Old School Reunion Picnic, starts at 6am on July 6 in Jackson Park. There will be parties at The Shrine, 2109 South Wabash, on Thursday, Friday and Sunday. chosenfewdjs.com