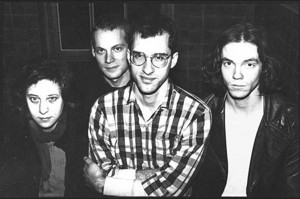 Since Codeine’s back catalog was given the Numero Group once over, it’s unsurprising to see Come crop up on the summer’s list of almost-forgotten bands from the 1990s reuniting for a tour. Chris Brokaw contributed drums to each of those ensembles, but it’s Thalia Zedek who’s the fulcrum upon which Come swings. There’s a dirty, all-knowing quality to her voice, which at various times has been connected to Live Skull and several other noisy rock acts. Regardless of the band’s legacy, what makes the whole thing amusing is that the performance is almost guaranteed to meet with relative critical acceptance, while Courtney Love kicks around in faux-stardom, being chastised and called a hack. No one’s gonna disagree with that critique, but hearing Zedek go in on “Mercury Falls,” from Come’s 1994 “Don’t Ask Don’t Tell,” summons another performance. Love’s band Hole issued “Live Through This” in the same year and  may or may not count lyrics contributed by her then-husband and firearms aficionado Kurt Cobain. The album, which should be considered the end of Love’s artistic contributions to Western culture, sounds like a slate of over-produced Zedek cuts from her time in Come. Chalk it up to the weird relationship Americans have with celebrity and spectacle. But if Zedek’s getting a second look, it wouldn’t be too much to ask for Love’s first few albums to be analytically exhumed. Whatever the outcome of such an academic exercise, Zedek’s career won’t have been changed—and it’s not one that’s ceased since the late 1980s. The singer’s recently released “Via” through Thrill Jockey, continuing her torrent of dour, but never crabby ruminations on how hard it is to win and what luck’s really about. Ex-Original Sinner Brother JT opens. (Dave Cantor)