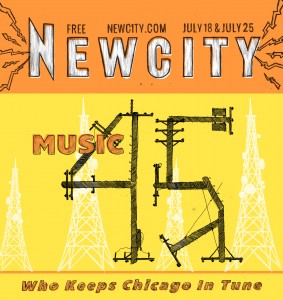 Music is alive and well and living in Chicago.

While that once might have meant records and radio and bands being signed to major labels, it’s a much more complex score these days, with artists and venues more entrepreneurial than ever. But at the core is the shift in emphasis from recorded to live music, and it’s a change that’s made Chicago a town of festivals, from the city’s bedrock blues, jazz, gospel and world music festivals, to Lollapalooza and Pitchfork, to the new electronic dance music festivals—Spring Awakening, Wavefront and North Coast—as well as the explosive growth of an old one, the Chosen Few DJs Picnic. With these shifts, the players are changing too; since we last made this list of the behind-the-scenesters, the power list if you will, most of the list has changed. This year’s forty-five include twenty-six folks who were not on the list that last time in 2009. (Brian Hieggelke) 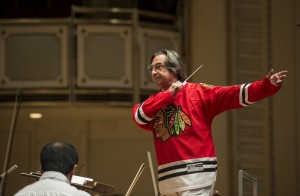 1 Riccardo Muti
Music Director, Chicago Symphony Orchestra
Chicago has one of the oldest orchestras in the country and has taken it very seriously from Day One when Theodore Thomas was brought here to form it back in 1891. The first American orchestra to record under its music director in the days of acoustic recordings nearly a century ago, the reputation of the CSO has always been such as to attract the finest conductors and players and to give inspiring concerts and release superb recordings, even when the music director and orchestra happened to be at odds. What is extraordinary about the Riccardo Muti era of the CSO—which begins its fourth season in September—is not only that the Muti/CSO marriage creates music as glorious, if not better, than the highest peaks in the orchestra’s long and distinguished history, but that this has happened while Muti, the orchestra and CSO audiences are all having a ball. When Rachel Shteir wrote her notorious attack on Chicago in the New York Times Book Review, it was none other than Muti, the conductor who had notoriously turned down New York to come to Chicago, who came to the defense of his newly adoptive city. When the Blackhawks were in the midst of their Stanley Cup quest, Muti donned a Hawks jersey and recorded an orchestral rendition of “Chelsea Dagger” with the CSO to spur them on. Muti has become internationally synonymous with Chicago as its most charming and eloquent cultural ambassador while locally shattering the perception of the CSO as a Forbidden Temple open to only the cultural elite by opening up its doors to the widest possible public. Muti insists on making music available across the city’s neighborhoods and for those who cannot afford concerts or whose life circumstances make it impossible for them to come to him, such as the incarcerated, Muti goes out to them. Young musicians have pizza parties with him, senior citizens come by the busload to his open rehearsals and the orchestra’s largest donors to the most downtrodden members of society have developed a true place in their hearts for the man everyone affectionately calls “Maestro.”

2 Mark Campana
Co-President of North America Concerts, Live Nation Entertainment
Although local music journalist Jim DeRogatis has described Live Nation as “the most reviled company in the history of the music industry,” we doubt that Mark Campana, who oversees half of the nation’s concert bookings and oversees all of the Midwest’s operations from his perch in Chicago, is losing much sleep over it. With their merger with Ticketmaster in 2010, the election of Rahm Emanuel as our mayor in 2011 (his brother, the Hollywood agent Ari Emanuel, sits on the Live Nation board) and the increasing importance of live performance in the music business, especially in the context of national tours by major artists, Live Nation is poised to expand its already dominant position in Chicago, from the big shows at United Center and Allstate Arena to mid-size shows at its House of Blues to outdoor amphitheater events at its First Midwest Bank Amphitheatre in Tinley Park. And just this summer, it convinced the city to allow it to expand its previously small FirstMerit Bank Pavilion at Northerly Island into a 30,000-seat arena, effectively privatizing the entire park for its use in serving the needs of Jimmy Buffett and Phish fans. 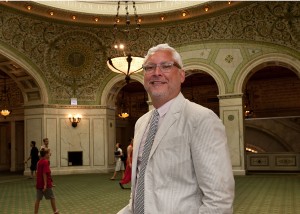 3 Angel Ysaguirre
Deputy Commissioner of Arts Programming, Chicago Department of Cultural Affairs and Special Events
When former Mayor Daley dismantled the old Department of Cultural Affairs late in his reign, a state of confusion and fear over the future of the city’s music endeavors, ranging from Millennium Park to the Grant Park festivals to the World Music Festival, resulted, a fear especially amplified when longtime legendary music booker Michael Orlove departed for the National Endowment for the Arts. Fortunately, new mayor Rahm Emanuel is a music fan and the newly reconstituted DCASE is showing signs of an even deeper commitment to the role of music in the city. This includes still-conceptual notions of music districts in Uptown and the Near South Side, but concrete plans for a Chicago Music Summit this fall, and the opening up of a Creative Industries office for music, staffed by Dylan Rice and David Chavez. Combined with Carlos Tortolero and Jack McLarnan, who handle the programming for Millennium Park concert series, SummerDance, the World Music Festival and other concerts inside and out of the Cultural Center, the city’s music future seems to be in pretty good shape. Much of the overall credit for this lies with Angel Ysaguirre, who oversees all of the aforementioned projects, and does so in an approachable, hands-on manner. 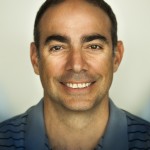 4 Charles Attal, Charlie Jones and Charlie Walker
Co-owners, C3 Presents
It’s hard to believe this August will be only the ninth edition of Lollapalooza as a destination music festival in Grant Park, so profound has it been in shaping the music culture of the city. This year it sold out in record time of less than a few hours in total and is expected to draw about 160,000 fans over three days to hear 130 or so bands, ranging from Mumford & Sons to The Cure to Vampire Weekend. Beyond the obvious impact, the festival sends ripples through the live-music culture with its exclusivity provisions limiting bookings for several months around it, a factor mitigated in part by its collaboration with those clubs on after-sets throughout the weekend. Its success has spawned a growing use of the lakefront for popular music events, and the city seems to like what it brings to town: C3 Presents has a contract to keep Lollapalooza in Grant Park through 2018. 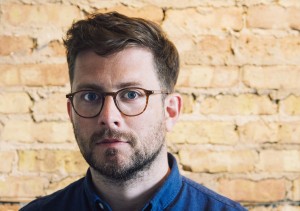 5 Chris Kaskie
President, Pitchfork Media
Chris Kaskie believes there’s an inherent value to running an international publication outside of the usual industry centers of New York, Los Angeles and London. And Pitchfork, despite expanding into Brooklyn with founder Ryan Schreiber, still runs its business, and holds its tone-setting annual festival, in Chicago. That Pitchfork still anchors in the Midwest seems essential to the eager, sincere fandom that turns its readers on. In overseeing the day-to-day of Pitchfork from its Chicago headquarters, Kaskie has also helped to bring a festival to Paris and, most recently, can boast the launch of a critical film site: The Dissolve. 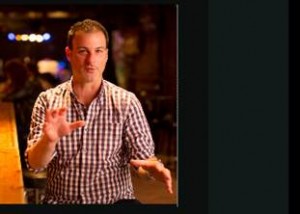 6 Bruce Finkelman
Partner, Empty Bottle, Bite Cafe, Longman & Eagle, Beauty Bar
“We started the venue so that it could be something we’d want to go to,” Finkelman says of his Empty Bottle. That the business side of the venture followed—that the venue became a place that others care to attend, too—is a boon for Chicagoans interested in a porous musical environment, where boundaries between artist, fan and employee are willfully kept to a minimum, and where community and space are kept small enough to not have to match the venue’s appeal with more fickle market desires. Keep an eye out for Finkelman’s next venue: Thalia Hall in Pilsen, in addition to a previously announced joint venture in Hyde Park called The Promontory. 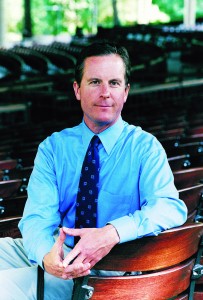 7 Welz Kauffman
President & CEO, Ravinia Association
Welz Kauffman can claim not only to have overseen the most successful era of box-office sales in the North Shore summer festival’s more than a century-long history, but he has done so while expanding rather than cutting back on the festival’s offerings. Despite direct challenges on the summer classical music presentation front from the often more innovative and free Grant Park concerts and a downtown Chicago Symphony Orchestra season that has expanded to late June under Riccardo Muti—as well as CSO management tinkering with its own experiments in outdoor summer concertizing apart from Ravinia such as last month’s sold-out concerts at the Morton Arboretum—Ravinia continues to thrive by turning to other genres as well as offering a natural beauty, tranquility and elegance all its own. 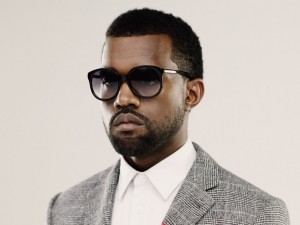 8 Kanye West
Artist, Producer
Set aside momentarily the Jovian influence Kanye West exerts on culture—from pop to haute—by virtue of his lexical, sonic or sartorial sensibilities, and consider what he has done for Chicago’s much-adored/maligned drill scene. Appropriating Chief Keef’s “I Don’t Like” lent Keef, producer Young Chop, and East Side rapper King Louie (who received mention at the end of West’s verse) and drill itself instant credibility. A perfectly used Keef hook and Louie verse on “Yeezus” further cemented the duo’s status, this time with the touch of avant-garde tenability needed to remain in the popular consciousness now that the great drill wave has begun to recede. The continued success of the two could establish West as a kingmaker as well as tastemaker. (It’s a role West has always cottoned to; see his collaborations with Lupe Fiasco and Rhymefest all the way back on his debut album.) 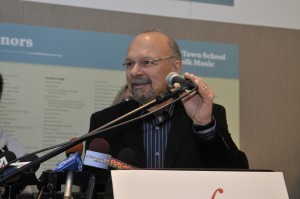 9 James “Bau” Graves
Executive Director, Old Town School of Folk Music
2012 was a triumphant year for Bau Graves and the venerable music school, which opened its doors to a high-tech, eco-friendly building last fall. Old Town School’s East Building, across the street from the school’s Lincoln Avenue location, hosts “Musicology,” the school’s weekly public television program on WYCC 20. The school has also emerged as an economic hub for Chicago’s music community, currently employing more than 300 musicians as instructors and serving as the 47th Ward’s largest employer.