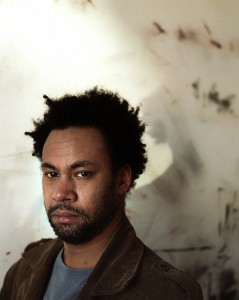 10 Mike Reed
Founder, Constellation
Reed’s role as a director and booking agent extraordinaire for the Pitchfork, Umbrella and Chicago Jazz festivals is invaluable, but lately he has been hedging his bets on his new venue Constellation. Located in the revamped former Viaduct Theater near Belmont and Western, Constellation is also home to Links Hall, which prominently features performing arts and dance programming, though Reed’s passion has always been local jazz. Undoubtedly his reach in Chicago is deep and multifaceted. If you’re heading out to a show this summer, take a good look around. Reed isn’t hard to spot, he’s the busiest guy in the room. 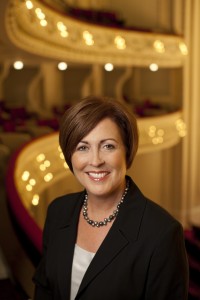 11 Deborah F. Rutter
President, Orchestral Association/CEO, Chicago Symphony Orchestra
Courting and landing a big fish like Riccardo Muti is one thing, keeping him here is quite another. Kudos to Deborah Rutter for managing to do both with aplomb. Less than three years into a five-year contract with the CSO’s remarkable music director, Muti is already publicly stating that he wishes to stay in Chicago beyond the terms of that contract. Thanks in no small part to Rutter’s diplomacy, a strike that threatened to shut down the CSO season before it even began was quickly resolved last fall. When Muti had the flu last winter and cancelled his winter residency and pulled out of a CSO Asian tour, Rutter went to work not only batting for Muti publicly but managing to find high-profile replacements that saved the day. 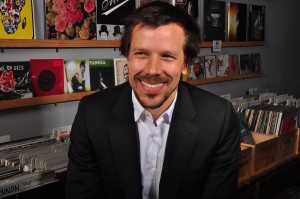 12 Tom Windish
President, Windish Agency
In less than a decade, the Windish Agency has grown from two employees and a fifty-band roster to a team of twenty agents booking more than 600 acts—including Foster the People, Gotye, Hot Chip and Diplo—out of offices in six cities, including its Chicago headquarters. Since the very beginning, Windish has cultivated a reputation as an industry tastemaker, and his nurturing of EDM acts all along is paying off today with the explosion of interest in the genre. And folks are noticing: Windish was named Pollstar’s 2012 “Independent Booking Agency of the Year,” an honor it picked up two years in a row. “The ease of making and distributing music is a wonderful thing for artists and the music business in general,” Windish says. 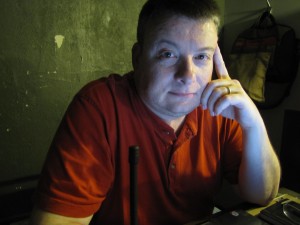 13 David “Boche” Viecelli
Founder and President, Billions Corporation
Since he started his booking agency in 1989, “Boche” Viecelli has steadily built it into an artist-centric industry powerhouse, now with offices in Chicago, Los Angeles, Seattle, Toronto and Nashville (along with an affiliate in Australia) and more than 200 artists represented by ten agents. He says “The changing landscape in the business has brought what makes us unique into increasingly sharper relief. As more and more agencies react to the volatility by becoming volume businesses who sign and drop a hundred or more clients every year, we have gone the other way.” And even though he’s staked out this artist-career-centric approach, he’s also managed to stay on the forefront of emerging artists over the years, representing the likes of Mumford & Sons, Arcade Fire, Bon Iver and Vampire Weekend.

14 Arny Granat and Jerry Mickelson
Owners, Jam Productions
As the largest independent producer of live events in the United States, Jam Productions, founded by Arny Granat and Jerry Mickelson back in 1971, has emerged as the highest-profile foil to the Live Nation juggernaut, but its once-commanding lock on the live-concert market in Chicago has evolved into a more targeted mix of mostly mid-sized shows at the venues it controls, The Vic, Park West and The Riviera, along with a strong presence working in smaller rooms like Metro and Double Door. The company’s leading Chicago presences, talent buyers Nick Miller and Andy Cirzan, have spent decades at the company themselves, epitomizing a longevity pattern at Jam that belies the tumultuous nature of the music business these days.

15 Lucas King and Jeff Callahan
Owners, REACT Presents
Striking when the EDM iron was hot, Lucas King and Jeff Callahan hit the ground running with REACT Presents, the production company behind North Coast Fest, Spring Awakening, and The Mid. There has been more dancing in Chicago over the past three years because of their dedication to promoting talent that appeals as strongly to the house and techno scene as it does to the indie rock world.

16 Chris and Mike Schuba
Owners, Schubas and Lincoln Hall
Schubas, the venue Chris and Mike Schuba own, came in at number five on Rolling Stone’s “Venues that Rock” list, the highest-ranked Chicago venue. The Schubas’ newer, bigger venue also made the cut at number fifteen. Since opening, Lincoln Hall has been a go-to for touring indie artists that have outgrown Schubas but still want to play a venue with pristine acoustics and a warm décor. 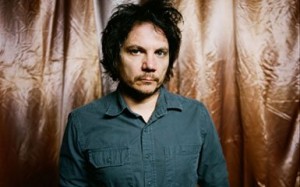 17 Jeff Tweedy
Leader, Wilco and record producer
Whether you count yourself a Wilco fan or not, it would be hard to argue that they’re not one of the most influential rock bands in Chicago history, both in terms of global following as well as a commitment to artistry over commerce. More recently, the band has continued to take greater control over its own destiny, launching its own label, dBpm Records, as well as its own music and arts festival, Solid Sound, at Mass MoCA. Tweedy’s been increasingly active as a producer as well, helming the boards for the two most recent records by R&B legend Mavis Staples as well as the new album from the band Low. 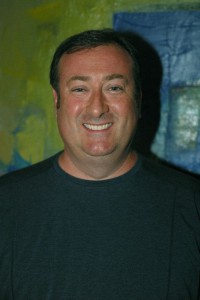 18 Joe Shanahan
Owner, Metro & Smart Bar
To Joe Shanahan, Metro is uniquely positioned in the Chicago music scene in that it takes “a certain amount of buzz” to headline. A quick glance at the past and upcoming shows at the North Side venue backs this assessment; the list is dotted with critical darlings, often on the verge of the mainstream, with a fair number of them local (Wild Belle and Chance the Rapper being two notable examples). Meanwhile, downstairs, Smart Bar continually perches on the cutting edge of a never-before-so-crowded EDM scene, where it’s been for thirty years, and playing either venue is as sure a sign of future success as any. Shanahan places credit for the venues’ importance at the feet of his staff: “They keep the engine firing on all cylinders.”