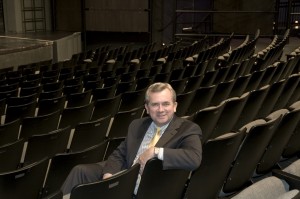 19 Michael Tiknis
President & Managing Director, Harris Theater
With Millennium Park’s Harris Theater about to launch its tenth anniversary season this fall, it remains the resident venue for an ever-expanding host of diverse area music and dance companies, including Chicago Opera Theater, Music of the Baroque, Hubbard Street Dance Chicago, the Chicago Symphony Orchestra’s MusicNOW series, Fulcrum Point New Music, Chicago Jazz Ensemble, to name a few. Thanks to the vision and persistence of Michael Tiknis, Harris has been able to present many exciting national and international acts that would otherwise go unheard and unseen in Chicago. When Tiknis does bring in an outside company such as the iconic Paris Opera Ballet last summer, he does so in a variety of programs that spotlight various aspects of the organization. Particularly intriguing are the series concerts created for groups that are not Chicago-based, such as the Chamber Music Society of Lincoln Center, performing annually across the season. 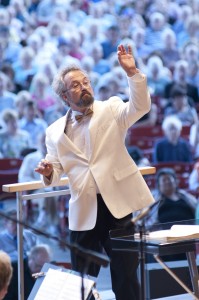 20 Carlos Kalmar
Artistic Director and Principal Conductor, Grant Park Music Festival
When a high-profile executive director of the Grant Park Music Festival departed abruptly after only a year on the job in 2011, longtime principal conductor Carlos Kalmar stepped up and added “artistic director” to his responsibilities, in essence becoming the de facto music director of the nation’s only remaining free summer music festival. In a cultural landscape where much of the lakefront festivals have been privatized, the fact that Grant Park concerts are not only free but have remained innovative and wide-ranging is in no small part due to the vision and high artistic standards that Kalmar sets for the festival.

21 Steve Robinson
Executive Vice President & General Manager, WFMT
Classical music radio stations are an endangered species, to be sure, but thanks in no small part to more than a decade of strong leadership from Steve Robinson, WFMT 98.7 continues to thrive more than fifty years after hitting the airwaves with much the same stalwart sensitivity that has always marked the station. Announcers still read jingle-free ad copy in their ever-dulcet tones, and classical music continues to thrive in Chicago, and thanks to the WFMT radio network and its extended array of syndicated programming, across the country as well.

22 Tim and Katie Tuten and Mike and Jim Hinchsliff
Owners, The Hideout
For a place called The Hideout, there aren’t many secrets left about this long-standing venue. Located within a roomy industrial corridor on Wabansia off of Elston, if you get too drunk from the cheap craft beers or stare too long at the trophy fish hung from the wood paneled walls, you’ll mistake your surroundings for a docked boat. And if The Hideout is a port, then the space has all the charms of a home away from home. No wonder why it’s easy to catch local luminaries like Andrew Bird and Jeff Tweedy sharing intimate performances within its cozy confines. 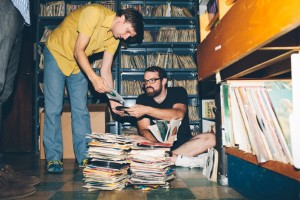 23 Ken Shipley and Rob Sevier
Owners, Numero Group
It’s a perplexing thing to include a record label with an archival orientation on a list of movers and shakers. Most of the moving and shaking Numero does is of dust off of cheap records strewn in neglected bins across the United States. This is the magic of Numero, Shipley and Sevier have managed to elevate crate digging into an art form. The label raises the bar with the lavish care they put into their craft. Upcoming exploratory genre releases prove what a few insiders have known all along: boutique is a business, and Numero is up to some important work.

24 Joe Russo
Owner, The Shrine
When longtime nightlife impresario Joe Russo named his new venue on the Near South Side after Fela Kuti’s legendary Nigerian club, he was throwing down in a major way. And so far, so good, as The Shrine has become Chicago’s go-to spot for Afrocentric music ranging from hip-hop, house and R&B to the Afrobeat from whence it borrowed its name. And it brings in legends and new stars both for live performances, making, along with its neighbor Reggies, the Near South Side a new music destination for the city. 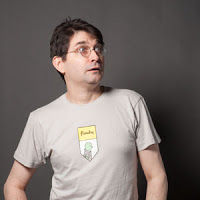 25 Steve Albini
Owner, Electrical Audio Studios
Take it away Steve: “I’ve been knocking out the rent like a goddamn boss, making records like fucking pancakes and blowing it out old school with a power trio called Shellac of North America. Sorry I’m not being more detailed but when you’re ruling as hard as we are here at Electrical Audio there just isn’t time for reminiscing and basking in the glow.” Shellac is nearly finished with a record that will briefly reawaken the beloved Touch and Go. Albini will continue to be an in-demand recording engineer and music-business ethicist until the city’s walls crumble. Fin.

27 John Monopoly
Owner, Hustle Period
A mention on Kanye West’s “I Am A God” brought his former manager John Monopoly back into the foreground, most notably in an XXL feature predicated by the bar. Since splitting with ‘Ye in 2004, Monopoly has helped to set up Lawless, Inc. with Larry Wilson, home to artists Katie Got Bandz and King Louie, and was instrumental in helping the latter’s “Yeezus” feature, “Send It Up,” materialize. Monopoly has parted ways with Lawless, focusing his attention on management firm Hustle Period (whose fifteenth-anniversary party, he told XXL, will be in August) and serving as urban marketing director for Pheed, a social media service.