37 Dan Koretsky and Dan Osborn
Owners, Drag City
Drag City’s output is so varied and extensive that it’s sometimes hard to remember they’re a record label at all. From publishing a book written by experimental auteur Harmony Korine, to releasing an Andy Kaufman comedy album, the label has managed to diversify with the type of inexhaustible ambition that normally defines youth, yet still somehow retain a loyal fanbase. Drag City is now the ripe old age of twenty-three, and while their catalog has grown up to embrace multiple media formats, Koretsky and Osborn remain committed to what brought them success to begin with: an ear for local acts. 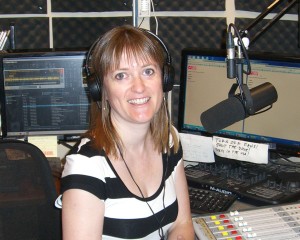 38 Shawn Campbell
Executive Director, Chicago Independent Radio Project (CHIRP)
CHIRP is a labor of love for Shawn Campbell, who organized the online radio station with a group of former WLUW volunteers after the Loyola University radio station discontinued its community-focused programming. The station launched in 2010, after several years of raising money from individual donors and foundations. CHIRP’s dedicated group of more than a 100 volunteers serve as on-air staff and event fundraisers—they even built the studios from the ground up. CHIRP features live DJs spinning local and independent music every day of the week from 6am to midnight. 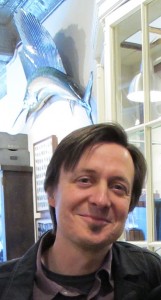 39 John Corbett
Co-founder, Corbett vs. Dempsey
Corbett is a part-time academic turned gallery curator due primarily to his discovery of the Sun Ra archives just prior to their destruction. The tapes eventually found a home at the Experimental Sound Studio, which is now the gathering place for local progressive musicians. His art space, right above Dusty Groove, often has intimate performances from the biggest names in avant-garde jazz. Ken Vandermark and Mats Gustafsson performed as a duo there only this year. When a recording of the show is finally released, it’ll be obvious just how vital Corbett has been to preserving Chicago’s jazz legacy. 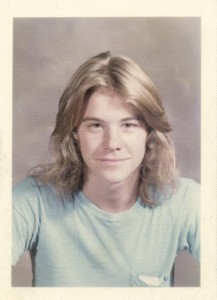 40 Joel Leoschke
Owner, Kranky Records
2013 marks Kranky’s twentieth anniversary, and the label has been doing Chicago proud all along. Home to some of the biggest names in ambient music, Joel Leoschke has quietly retained a dynamic stable of loyal artists including Deerhunter, Tim Hecker, and the city’s great rock hope in local act Disappears, who are set to release their fourth album, “Era,” this year. It’s common to see Kranky signees remark to the press how kind and fair Leoschke can be. Perhaps they can finally convince him to throw the rumored twentieth-anniversary concert that the label’s rich roster so clearly deserves. 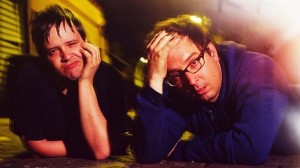 41 Todd Killings and Brett Cross
Owners, HoZac Records
Garage rock is a booming business in the indie scene right now, and Chicago’s contributions are best represented by this label, who are responsible for issuing the very first album from local XRT darlings Smith Westerns. HoZac’s influence has become so widespread that every year for the past three the Empty Bottle has turned over the keys to the kingdom for a long weekend and let the label run wild. HoZac Blackout Fest is an annual highlight for any local concert-goer hungry for dirty, fun, distortion drenched rock ‘n’ roll. 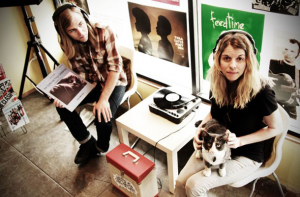 42 Lance Barresi and Liz Tooley
Owners, Permanent Records
Of all the storefront labels trending as a business model in Chicago, Permanent Records is the trendiest. They’re hip without being hipster. Smart without being smug. An authenticity radiates through the shop, where one is embraced by a handpicked selection of obscure classics. For brand-new favorites, Permanent provides pressing duties for some of the most compelling rock bands in the city. Due up is the debut album from Basic Cable, featuring local silkscreen stalwart Ryan Duggan. Those looking to duck the Pitchfork Festival in favor of something fresh should visit Rotted Tooth Fest, where many Permanent players will perform.

43 Jim Zespy
Owner, Logan Hardware, Tizona Records
For a record store with a free arcade in the back room, Logan Hardware keeps a pretty low profile. That’s likely to change with their new storefront. Jim Zespy’s collection caters to vinyl enthusiasts of all tastes, and his label Tizona follows suit. After gaining access to the master tapes of legendary Chicago free jazz pioneer Phil Cohran (co-founder of the AACM), reissues of early Scott Walker recordings are in the works. Further proof that Zespy knows how to keep good company? Just prior to packing up, Logan hosted The Evens (Ian MacKaye of Fugazi plus wife) for an in-store performance. 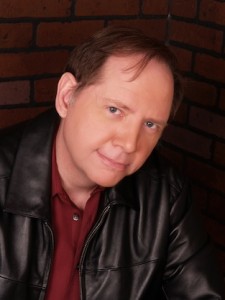 44 Lawrence A. Johnson
Founder, Chicago Classical Review
While the media teems with coverage of pop, rock and hip-hop, classical music not so much and less every day. So Chicago native Lawrence Johnson’s venture fills an important and growing need, especially in Chicago, where we boast perhaps the best orchestra in the world, one of the top opera companies around, and a host of significant other venues, ranging from Ravinia to the Grant Park Music Festival. Johnson, a seasoned print journalist, deploys multiple writers to cover the beat for his web site, from previews to features to thousands of reviews since it launched in 2009. The gambit appears to be working: his Chicago site draws nearly 20,000 visitors a month in peak season, and he’s also launched sites in Florida and, most recently, Boston, with a promise to announce yet another new site to launch this fall. 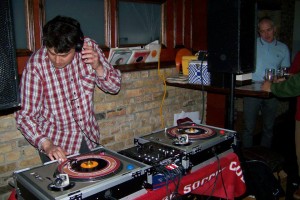 45 Chuck Wren
Owner/Founder, Jump Up! Records
Jamaican music in Chicago remains a pretty niche item. Chuck Wren, though, has the market cornered. Founding the Jump Up! imprint in 1993 and issuing more than a hundred albums has necessitated the label honcho following developments of the various strains in music. The task’s been amplified as a result of Wren’s twenty-four-year foray in radio, first at WNUR 89.3 FM and most recently on WLUW 88.7 FM. Completing the totality of his engagement with Jamaican music, Wren began booking the Jamaican Oldies series last year, with its next installment slated for September.