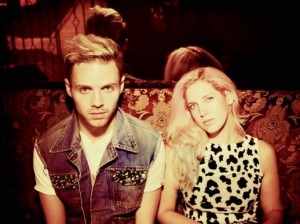 My musical inclinations are known to skip rather eclectically along the popular spectrum—from electropop to hip-hop, EDM to rock to even the odd nouveau country cut—and as such, my Lollapalooza schedule similarly careens back and forth. Of particular interest to me is the miniature post-punk revival on the schedule, as New Order and The Cure, on the Red Bull Sound Select Stage the first and last nights, respectively, of the festival, are both progenitors of sounds which are currently in vogue on the popular spectrum, from the luxe macabre of Rick Ross and “Cruel Summer”-era Kanye West to, more obviously, pop acts like The Good Natured and Charli XCX. Also of note is the vast amounts of space in my schedule; part of the beauty of an event like Lollapalooza is the ability to listen a la carte, and the spaces I have allowed are meant to be explored. Finally, keep in mind that many of the acts are doing after-shows elsewhere in the city; these are the best ways to experience a must-see/favorite artist, where some semblance of intimacy and civilization can enhance the experience.

6:15pm-7:25pm
New Order
Red Bull Sound Select
New Order arose from the tragic demise of Joy Division, a suitably morbid genesis for a band whose influence on the darker aspects of pop cannot be overstated. Heartfelt drones and shimmering sounds perfectly alight upon the edge of depression and dancing; aside from The Cure and New Order’s aforementioned forefather, there is perhaps no better personification of the more emotive ends of post-punk than this.

7:45pm-8:30pm
Supreme Cuts
Petrillo
Chicago production dyad Supreme Cuts crafts beats which resemble fever dream, Robotripping hip-hop listening parties, part of the ever-roiling blend of avant-garde and accessible currently powering popular music. Take the time to drown in their sound in the shadows of the city. Supporting local artists at a local festival is a fine bonus. (Other Chicago acts at Lolla include Wilde Belle and Chance the Rapper.)

3:30pm-4:15pm
MS MR
The Grove
An exceedingly difficult day, what with Beach House, 2 Chainz, and Major Lazer all competing for one’s crepuscular attentions. Still, MS MR is not to be missed. Combining sultry vocals and sweeping vistas, they resemble a more organic Purity Ring, sans spectral shipwreck aesthetic, or a minimalistic Florence and the Machine, the Dante Gabriel Rossetti to Welch and company’s Gustav Klimt.