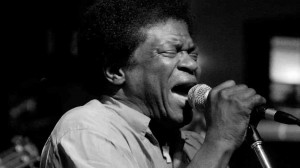 While I gravitate to heavy music in my day-to-day listening, when it comes to festival shows I am a musical omnivore of sorts, and I like to discover artists I wasn’t expecting to like. This will be pretty easy for this year’s Lolla, which for me, has a bit of a shrug-worthy lineup at first glance this year. I’m using this opportunity to wander and explore for much of the fest, so you’ll notice a lot of gaps in my schedule.

2:15pm-3:15pm
Ghost B.C.
Bud Light
Imagine if the Beach Boys and Kyuss got together to write songs about Satan and you get some idea of what Swedish metal band Ghost B.C. is about. Heavy and oddly hook-driven metal.

4:15pm-5:15pm
Crystal Castles
Red Bull Sound Select
Moody electronica and pretty fun live. Brooklyn rapper Theophilus London is kind of hot right now, so I may see him at The Grove at 4:45pm if I am not feeling Crystal Castles.

6:15pm-7:25pm
New Order
Red Bull Sound Select
To be perfectly honest, I have no clue what incarnation of New Order is playing here, I just know I’ve never seen them live, so I should probably get to it. This was a hard decision, knowing that Queens of The Stone Age and local guy Chance The Rapper are both playing at roughly the same time, but I have made peace with my choice.

8:15pm-10pm
Nine Inch Nails
Bud Light
I am unrepentant in my fangirl status for NIN, even now, so this was a no-brainer.

2:45pm-3:45pm
Charles Bradley
Bud Light
Just good old-fashioned R&B—if you are a fan of the Daptones throwback sound, check him out.

4:45pm-5:45pm
Ellie Goulding
Bud Light
In theory Ellie Goulding should not be my cup of tea but I think she’s awesome. Dramatic synth-pop singer-songwriter? I’ll take it! She seems to get raves as a live performer, so it should be exciting.

6:45pm-7:45pm
Kendrick Lamar
Bud Light
He’s the indie-music-blogger’s rapper of choice these days, but it’s for good reason, I think. Excited to see him live. He commands a stage.

8:45pm-9:45pm
Azealia Banks
The Grove
Not a huge fan but I have a feeling she’ll put on a memorable performance.

This is a wide-open day for me. I only have set plans for one band.

3:30pm-4:30pm
Baroness
Petrillo
This marks Baroness’ return to Chicago after a near-tragic bus accident in 2012 sidelined the band for several months. Frontman John Baizley remains the heart and soul of Baroness, but it will be interesting to check out the new lineup—the band’s longtime drummer, Peter Adams, and bassist Matt Maggioni departed the band shortly after the accident.