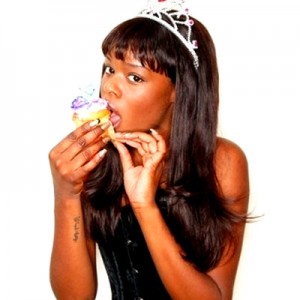 There are very few cities in the world that rival Chicago for concert-going. The glut of talent at our disposal year round often leaves us locals spoiled by the intimacy of the venues we frequent. Add to that the listings of many artists’ after-shows, on top of the price of a ticket for a big festival like Lollapalooza, one is compelled to ask, “why bother?” The answer is simple: community. No other occasion in this city calls for such a wide swath of diverse individuals to rejoice in the ecstasy of existence, of electrical impulses writ large. It’s religious. It’s primordial. Melodies express the inexpressible. Forget the wristbands and beer and the pain of your sunburn, and keep this in mind: this weekend you get a taste of something singular and eternal. Cherish and celebrate your relation to both.

Noon-12:45pm
The Neighbourhood
Petrillo
Columbia put out Dylan’s records in the sixties and now they sell the super-sleek rock soul sounds of this Californian act. Make sure to get your money’s worth by asking them why they went with the British spelling.

1pm-1:45pm
Emeli Sandé
Red Bull Sound Select
Perhaps Sandé can shed some light on our British fixation, as her debut album was the highest-selling record in all of the United Kingdom in 2012. Here’s your chance to see the next Adele.

1:45pm-2:30pm
Icona Pop
Lake Shore
With girl-power anthems in tow, Icona Pop’s performance is the most likely to feature a massive sing-along. Be careful not to underestimate this dance synth duo, as thirty-two million YouTube views can’t be wrong.

2:30pm-3:15pm
Smith Westerns
Red Bull Sound Select
The glam-rock savants released their third LP this year, an impressive effort given their youth. This performance is bound to be the big celebration their eager fanbase has been craving.

3:15pm-4:15pm
Jessie Ware
Petrillo
Pair sleek with sophisticated and you end up with Ware. Bombastic festival speakers are sure to provide the ideal listening experience, allowing her thick, crisp, electro-pulse pop to wash over the crowd.

4:15pm-5:15pm
Crystal Castles
Red Bull Sound Select
A sweet voice simmering atop a big beat is commonplace with this year’s lineup. Crystal Castles’ warped approach is distinctive with respect to both of those traits as they seek to confront rather than comfort.

6:15pm-7:30pm
Queens of the Stone Age
Bud Light
The genuine article. The real deal. The tried and true rock and rollers made good on their new album as elder statesmen of the genre, now boogie down to a guitar tone hot enough to melt a stack of amps.

8:15pm-10pm
Nine Inch Nails
Bud Light
Instead of spending forty-five minutes between sets sulking about having just sacrificed time with New Order and Chance The Rapper in favor of the Gods of Rock, take a moment to replenish and reflect. It was about two decades ago that Nine Inch Nails took the Woodstock stage mud-covered and mad as hell to establish their reign as prolific provocateurs. The group dissolved under the weight of the disintegrating music industry, during which time Trent Reznor became an Academy Award winner. This year marks their return, announced amicably enough with a David Lynch-directed music video. If a rejuvenated Reznor can live up to expectations, this promises to be a legendary, uncompromising performance.

2:45pm-3:45pm
Charles Bradley
Bud Light
Not nearly enough of a soul presence this year, save Bradley, who has made his way back from the brink of obscurity to win over the hearts and hips of the romantics among us.

5:45pm-6:45pm
Foals
Petrillo
There is no exit from the angst of youth outside of fronting an angrily emotive rock band hell bent on exerting every ounce of energy until exhaustion ensues. At least this is what Foals’ performances will have you believe.

7:15pm-8:15pm
Death Grips
The Grove
Proof that rap-punk duo Death Grips will be the rawest performance at Lollapalooza? They were unceremoniously dropped by Epic last year after releasing an album for free via the internet featuring cover art with “No Love Deep Web” scrawled on an erect penis.

8:45pm-9:45pm
Azealia Banks
The Grove
With all the talent of Lauryn Hill, and all the crass of Eminem, Banks’ performance is the pick of the weekend. Deftly merging the worlds of R&B, hip-hop, and dance, this twenty-two-year-old doesn’t even have a full-length album out and is already headlining Lollapalooza. The hype and high-style would be meaningless if it weren’t for the absolute freedom of her songs, which nestle comfortably in between the provocation of Frank Ocean and Madonna. Both of those artists mark sexual signposts in our culture, and Banks flagrant use of feminist language is truly invigorating in this regard. Azealia Banks isn’t the reason to attend this festival, she’s the reason to put it on in the first place.

12:15pm-1pm
Yawn
Petrillo
Many a critic has been fooled into Animal Collective fandom, believing the troupe to be the forebears of rock music to come. Copycat groups haven’t exactly cropped up as promised, but local good guys Yawn still manage to carry the torch quite brightly.

1:30pm-2:15pm
Wild Belle
Lake Shore
One suspects that Jamaica’s original roots rockers never envisioned reggae as the forefront of American marketability, but when paired with indie-pop leanings and an Amy Winehouse vocal, the result is pretty music for pretty people.

2:15pm-3pm
Wild Nothing
Red Bull Sound Select
The ease and convenience of digital technology has forever altered the feasible scope of the one-man band. The task then becomes maintaining an organic sound, which Wild Nothing’s new wave stylings roundly achieves.

3:30pm-4:30pm
Baroness
Petrillo
Ambition rarely suits aggressive music well, hence the pronounced legacy of drug-addled demigods cut short in their prime. After a near-fatal car crash sidelined the band, Baroness has doubled down and rebooted with even bigger hooks and bigger riffs.

4:45pm-5:30pm
Wavves
The Grove
If your annoying brat of a little brother started a band that worshiped fun and sounded like Nirvana, perhaps his behavior would be fresh instead of frustrating. Wavves is giving precisely that a go.

6pm-7pm
Grizzly Bear
Red Bull Sound Select
It’s rare to find a progressive indie band with kaleidoscopic complexity to their songwriting like Grizzly Bear, who at once sound like they are trying incredibly hard and not trying hard at all.

7pm-8pm
Beach House
Lake Shore
Nostalgia has an allure all its own, and none have more successfully conjured its effect like Beach House. The dream-pop duo hypnotically seduce their listeners to yearn for a past that never happened. No wonder Plato banned music from The Republic.

8pm-10pm
The Cure
Red Bull Sound Select
There’s a majesty to having The Cure close out Lollapalooza because they readily offer what so few other bands can: sincerity of expression. Much of Sunday’s must-see acts mimic the emotional resonance of Robert Smith’s outfit, now in their thirty-fourth year, and this set has all the promise of an ecstatic release for fans in attendance at the band’s first Chicago gig in six years. With such an extensive catalogue, no festival-goer will be immune to the band’s swoon, tried and true and familiar to us all, a lovely nod of the cap to the diversity of attendees, all of whom will find something to cherish about the closing moments of an exhilarating and exhausting weekend.