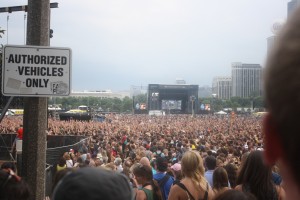 These days, Lolla is far from Chicago’s only music festival, what with another Riot Fest or Wavefront popping up every five minutes. But it is certainly the biggest. When this year’s Lolla tickets sold out in less than two hours after going on sale, I automatically assumed it was because scalpers had bought them all up with plans to sell them back to Chicago’s “true” music fans at ridiculous prices. Not so. I was paying attention at Lolla this year, and it became clear that there really are more than 300,000 people in the world who want to attend the festival.

Lolla is so big that though the lineup boasts hundreds of acts, dozens of whom are pretty high-profile, even the most determined three-day festivalgoers will have a hard time catching more than four or five of the ones they want. The abundance of good acts often leads to unfortunate overlap (seriously, how is a modern indie-rock fan supposed to choose between Vampire Weekend, Beach House and Grizzly Bear?) and the spaces between stages are too gigantic to cross quickly.

Lolla is so big that the experience is now beyond summary or quantification. For example, it’s sometimes too easy to stereotype the attendee at Pitchfork, where every other person has either a tattoo, an intricate hipster moustache and/or an intimate familiarity with Pavement’s catalogue. By contrast, at this year’s Lolla you might have passed both a Cure fan clad in black makeup and a muddy Perry’s bro with glazed eyes on your way to see dozens of passionate young Alt-J fans throw up triangle finger formations.

No doubt some people see Lolla’s bigness as a flaw. If you identify yourself as a passionate music fan, you’re probably annoyed with the suburban teenagers who see Lolla as their chance to go on a three-day bender and miss headlining acts because they’re too busy puking in a Port-a-Potty.

But Lolla’s bigness is also its greatest strength, and makes for some pretty amazing experiences. Huge crowds forced my friends and me to observe The Killers’ Friday set from a side hill, but when that same crowd united to loudly sing along to set opener “Mr. Brightside,” my eighth-grade self dramatically reemerged to remind me I like The Killers more than I realized. And it might be cool to hate on Mumford & Sons, but it’s hard not to be overcome by emotion when thousands of people around you are jumping, singing and crying together because of a shared musical experience.

There were a lot of great acts this weekend. Eric Church demonstrated how country can be just as badass as rock in the right hands, and Icona Pop’s catchy jams powered the crowd through the weekend’s only real bout of rain. But for me, the biggest moment of this year’s Lolla came at the end of Vampire Weekend’s Sunday set. I had taken turns this weekend hanging out with different groups of old high school friends, and somehow they all came together in time for “Walcott,” the epic ode to leaving home that serves as the finale for every Vampire Weekend show. Watching everyone unanimously screaming “out of Cape Cod tonight!” together was a reminder that sometimes, big is better. 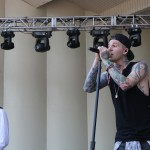 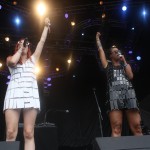 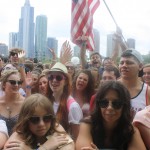 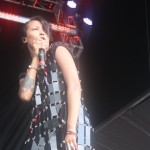 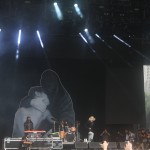 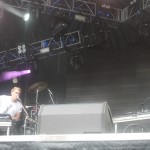 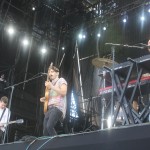 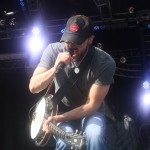 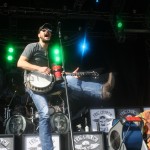 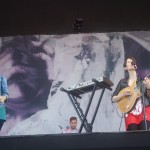 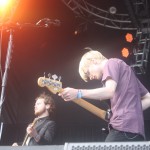 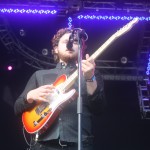 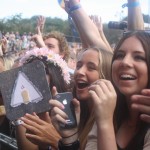 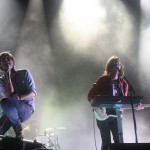