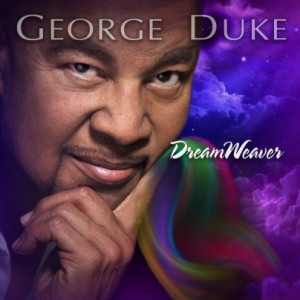 When George Duke succumbed to leukemia on August 5, he had already left behind a gigantic legacy in the music world through his innovative vision as a keyboardist, singer and composer. However, he still had something to say, and that was what turned out to be his final album, released just a couple of weeks before his untimely passing at age sixty-seven.

The album came after a long hiatus brought by the death of his wife in 2012, but the break served his music well—the album is a piece of art that encompasses the sounds of his four-decade career, beginning from the aptly titled title track, which has touches of psychedelics and funk, going to the jazz fusion groove of “Stones of Orion,” a tune that features one of the genre’s heroes, bassist Stanley Clarke. The cut just fizzles with electricity thanks to the chemistry between the two veteran musicians. “Change The World” begins with recordings of various speeches, and then various singers share the message of hope and understanding.

The disc also includes “Burnt Sausage Jam,” a fifteen-minute improvised session featuring Christian McBride (bass), the late Jef Lee Johnson (guitar), John Roberts (drums), Michael Patches Stewart (trumpet), Alan Kaplan (trombone) and Kamasi Washington (tenor saxophone)—you can grasp the joy the players were having, and as the song winds down, Duke carries on and is followed into a different groove. The final track is “Happy Trails,” the famous Dale Evans tune that closed every Roy Rogers show. Here the song is played as a spiritual, with added ad-lib lyrics from the bandleader—“till we meet again.” (Ernest Barteldes)