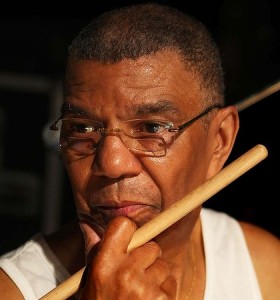 This performance features Muhal Richard Abrams, Larry Gray, Roscoe Mitchell and Henry Threadgill, and is accurately billed as the Special Legends Edition Chicago. All of these players are jazz musicians of the highest order, held in immense creative esteem, and each member of the ensemble hails from Chicago, save DeJohnette. A drummer of extraordinary dexterity, DeJohnette rose to prominence in the 1970s, kicking off the decade by helming the kit on Miles Davis’ seminal “Bitches Brew.” His signature recording as a bandleader, “Special Edition,” will be warm fodder for such an incredible assemblage of Chicagoans, the perfect occasion for bright expressions from local legends with lives spent exploring music’s possibilities. Outside of DeJohnette, Mitchell is the most recognizable name. His legacy as saxophonist in the Art Ensemble of Chicago is well documented, and so are his previous collaborations with fellow performers Abrams and Threadgill, as both appear on the beloved Mitchell album “Nonaah.” Put plainly, the artists in consideration are bound by a well-honed chemistry that extends deep into the heart of twentieth-century jazz. Abrams, for instance, has a kaleidoscopic touch whenever his fingers grace the keys, and is credited by Saturday’s much younger headliner Jason Moran for opening his palate to a proper understanding of the physicality of the piano. Not to be outdone, Threadgill’s flute tone reaches such effervescent heights as to warrant the band name Air for one of his better-known projects. For his part, bassist Gray serves as the conduit between the two camps, having collaborated with DeJohnette in the past while fashioning a fresh perspective from his Chicago roots. Do not be fooled by the average age of the performers, even well into their years this set promises to be one of the most lively, singular occasions a proud Chicagoan could’ve dreamed for this year’s jazz festival. (Kenneth Preski)