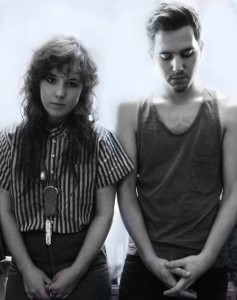 Rap votaries who have not found themselves yet adequately sated by the glut of performances which comprise Chicago’s festival season need only look to the Green Line to fill their needs. The North Coast Music Festival features a healthy dose of hip-hop, with acts spanning the breadth of the gloriously fracturing rap spectrum. The traditionalists can find comfort and nourishment in New York City stalwarts Nas, producer Just Blaze and The Wu-Tang Clan, who will be performing “36 Chambers.” Younger cats are represented by the vastly improved Mac Miller and the druggy, raw stylings of Detroit emcee Danny Brown and Brooklyn’s Flatbush Zombies, both of which etch tracks like acid with sybaritic bars, and K. Flay and Psalm One provide a taste of the non-drill side of the Chicago scene.

Beyond rap, North Coast boasts a rather multifarious lineup, including electropop acts Passion Pit, AlunaGeorge and Purity Ring, the last of which laces the paroxysmal clicks, lumbering low ends, and funeral-shroud aesthetic of trap music with ethereal poetry. Fans of the other kind of trap music, the accusations-of-cultural-tourism-engendering dance-focused kind, can tick and stomp with A-Trak and label mate RL Grime, while Datsik and Afrojack add dubstep and house to the dance card, respectively.

While lacking the name recognition—and snob appeal—of Pitchfork and Lollapalooza, North Coast does not want for talent or variety, making it, on paper at least, a rather capable bookend to the summer. (B. David Zarley)