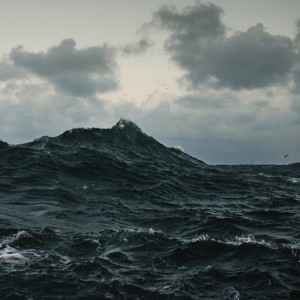 I’ve never readily accepted the music of Justin Vernon. Undeniably well-crafted as it is, irresistible and viscerally affective as his voice is, something’s missing. Or maybe there’s too much of something, perhaps too much of the saccharine. Or perhaps Vernon’s sincerity goes unchecked on his independent projects (Kanye West contextualized the singer’s talents masterfully on each of his last two longforms), and I’m just unable to sign off on what’s ultimately a glitch-painted form of plain old “Americana,” which occasionally performs infectious and fascinating dances between each of its instrumental layers. I could go on. I could probably compliment Vernon’s sonic engineering all day. He’s a textural master, he’s a king of the melodic gut-punch. He could probably make me cry for weeks and weeks if he took up residency with a guitar in my family room.

But the more pressing concern is what “Americana” means anymore. The Atlantic’s Giovanni Russonello recently penned a column centered on Bob Dylan, Wilco and My Morning Jacket’s summer “Americanarama Festival of Music” tour. The column is titled: “Why is a Music Genre Called ‘Americana’ So Overwhelmingly White and Male?” It’s a perfectly phrased question, and cuts right to the nostalgic lie at the root of my Vernon-based skepticism. His emergence with the initial Bon Iver LP, “For Emma, Forever Ago,” came as I graduated from college at a pastoral Midwestern university, and moved on to Chicago. A longtime fan of all of those “Americanarama” bands, I was suddenly incapable of glorifying one more album framed this way—framed by a white man with a beard as long as his troubles, away from home, facing God and the setting sun, as The Most Important Thing There Is.

Go ahead, tell me it’s my own damn problem that I need to ruin a perfectly good record—and Volcano Choir’s “Repave” is an incredibly well-made record—by crushing it under the weight of so much socio-political sheen. I’m all ears. I’ve told it to myself, a million times. But also consider the foil of Vernon’s frequent collaborator West, whose equally expressive emotional flailings are on his records, too, but often met with far more derision and scorn than praise.

And make no mistake: it’s praise, unencumbered praise, that Vernon receives for indulging himself before us, time and time again. Scour the internet for even mildly negative reviews of his work, and you’ll feel like a crazy person, chasing an illusion. Starting with the highly lucrative lost-heartbroken-man-in-a-winter-cabin mythos that helped launch his debut, he’s been punching his meal ticket on the assumption that his feelings are of paramount significance to all. Not a hint of irony, doubt, or counterpoint enters the fray of his music to suggest he feels differently—never. Never do Kanye’s invitations to guest-star go the other way. Never do we have cause to believe that there’s space for anything but Vernon’s troubles when we listen to his records. Never does he poke his stick even an inch into the political, social, cultural. Never is he given motivation from his audience to reach out of his hilariously sentimental genre in any way but the technical. Here’s hoping he finds the motivation within himself, on his next effort, and puts his huge skills to a less irritating, more pointed purpose. (John Wilmes)