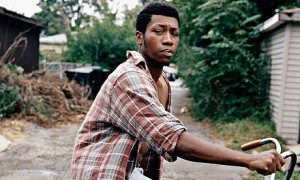 When contemporary critics call art “outsider,” it is meant to refer to an artist who has learned outside of the reach of institutionalized instruction. Outsider artists tend to be self-taught, those who learn by doing, often marginalized for their lack of refinement. With luck, the rawness of the outsider artist becomes a tremendous asset, able to sharpen the focus of the expression by privileging the power of the message over the style of its messenger. To the listener, the insight is registered as a singular voice, a signature style. The challenge for artists of this ilk is to avoid becoming so outsider as to feel alien. Willis Earl Beal, for instance, was born in Chicago, but it doesn’t feel like he’s from anywhere at all. He’s signed to Britain’s XL Recordings, the same label that put out the latest Radiohead album. They released the final Gil Scott-Heron LP as well, a much better point of comparison for Beal’s work, whose sophomore effort “Nobody knows.” [sic] is a marked departure from the bedroom recordings and loose-leaf drawings that defined his initial approach. Things have changed for Beal this time around. The (773) area code of his telephone number, which he readily provided to the general public in an effort to ward off loneliness, or invite publicity, or both, reaches a line that has been disconnected. Beal has the voice of a choir leader, the lyricism of a drifter, and the style of a busker. He says he sat atop the Willis Tower at night, saw the monumental darkness envelope the blinking lights below, and reconciled infinity with nothingness. To identify with infinity he chose to embody nothingness, and so he became Nobody. Get it? Maybe, maybe not. In mathematical terms, infinity isn’t nothing, as in zero; rather it’s the exact opposite. Perhaps a lesson learned for the most powerful performer that Chicago calls its own. (Kenneth Preski)