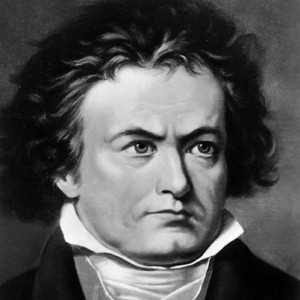 When Beethoven died, John Quincy Adams was President of the United States. Illinois had been a state for less than a decade, and Chicago wouldn’t be incorporated for another seven years. That Chicago will play host to the world premiere of a Beethoven love song is astounding by all measures, none more so than the respective age of the composition, older than the city where it will be performed for the first time. To celebrate the momentous occasion, The International Beethoven Project, led by President and Artistic Director George Lepauw, have assembled a broad swath of love-inspired performers, including Wilco’s phenomenal drummer Glenn Kotche, and Gray, a band started by the late artist Jean-Michel Basquiat. The programming often takes musicians to task, asking them to perform variations on a theme, most potently Beethoven’s “Fifth Symphony,” which will get special piano and experimental electronic treatment resulting in a great number of entirely new compositions. And though the festival is his namesake, Beethoven is not the only composer represented. Matthias Pintscher, music director of Paris’ Ensemble InterContemporain, will conduct Bach’s “Saint-John’s Passion,” Wagner’s “Siegfried Idyll,” and “Overture to Tristan and Isolde,” and Mozart’s “Gran Partita,” all as a buildup to his take on Beethoven’s “Symphony No. 6 (Pastoral Symphony).” Pintscher is a returning Artist-in-Residence, and his familiarity with Beethoven’s works and influence is a big boon to the festival’s proceedings. No doubt the organizers have taken the love theme to its natural conclusion, and much of the programming will offer collaborative performances from Pintscher and beyond. That the festival is continuing to branch out and include appeals to modern music styles and pop songwriting technique is a good sign for the years to come, while this edition is poised to be the catalyst for a continued revitalization of history’s most crucial composer. (Kenneth Preski)