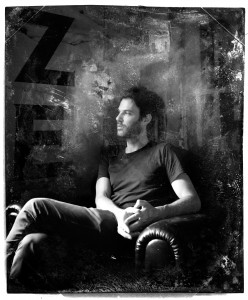 “La Voce Toa” is among the best songs of Canzoniere Grecanico Salentino’s, and it happens to be the sole English-language tune on their 2012 album “Pizzica Indiavolata.” The vocal belongs to Piers Faccini, an English singer-songwriter who is currently touring the United States in support of “Between Dogs and Wolves,” his second release via San Francisco-based indie label Six Degrees.

Faccini’s style is a mix of folk, blues and acoustic rock with a heavy African influence and a dab of jam-band feel. But don’t expect him to get lost in endless guitar riffs during his performances. In fact, when playing Stateside he travels lightly, accompanied only by his own guitar and a percussionist, which allows fans to focus on his voice. His heartfelt delivery has a laid-back feel, and his reflexive lyrics set him apart from today’s shoegazing singer-songwriters.

Faccini is an avid collaborator who has worked with musicians as diverse as Rokia Traoré, Ben Harper and the aforementioned Southern Italian folk group Canzoniere Grecanico Salentino. Thanks to his open embrace of a diversity of sounds, he enriches his own musical palate and emerges with welcome and surprising new sounds with each subsequent release. (Ernest Barteldes)