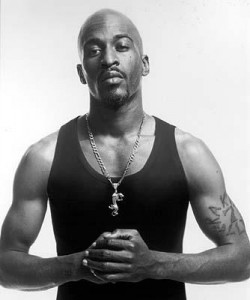 Few circumstances pose a greater challenge to an artist than following up on the rapid success of youth. For Rakim, his collaboration with Eric B. cemented the legitimacy of an art form still in its budding stages. Contemporary hip-hop has his deft delivery and braggadocio to thank for decades of profitability. This does not mean that Rakim was able to reap said profits. Even after a slew of successful LPs in the eighties, his solo work since has been well regarded if not chart-topping. Hence the essential conflict: how does an artist progress beyond the youthful exuberance that enabled a foundation of inspired expression in favor of new modes of creativity? For lesser souls, it’s simply not possible to continue working without becoming derivative of your own descendants. One bears the misfortune of ripping off those who ripped one off; a copy of a copy of one’s own original. Rakim’s last highly touted release, 1999’s “The Master,” often succumbs to this affliction, but the high points remain high. As an emcee, Rakim has always been widely considered among the best to ever pick up the mic, and the reasoning is obvious anytime his clear-cut vocal booms over a beat. At his best, Rakim’s work is timeless. It belongs no more to the eighties than to now, and this is the true source of Rakim’s redemption. Any doubt about a proper progression simply fades away as the listener is exposed to the essence of hip-hop, a feeling so unmistakable as to inspire generations of imitators. But imitators are no substitute for the real thing, an astute insight that Rakim has surely made, thus explaining his patient release schedule in the midst of overwhelming industry demand. The mark of a genius isn’t always his prolificacy, it’s his ageless relevancy that continually inspires awe. (Kenneth Preski)