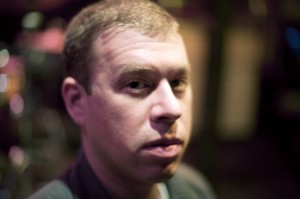 Honing in on sounds drawn from Jamaica invariably abut America’s jazz tradition. Drummer Ted Sirota’s more than vaguely familiar with both. But his estrangement from reggae and dub didn’t occur because of lacking fealty. The drummer just found himself more easily insinuated into jazz ensembles.

“I’m rediscovering the whole thing,” Sirota says of Chicago’s Jamaican music scene, after spending the better part of the last two decades working in jazz mode across the city, including a regular date at the Green Mill as Sabertooth’s backbone.

Earlier in his career, the percussionist did time in David Byrd’s ensemble, which at one point included a former Black Uhuru guitarist. Other well-known guests weren’t too uncommon, either.

Eventually, though, the jobs just weren’t there, and Sirota found himself shifting focus, performing with the likes of Jeff Parker, Jeb Bishop and Rob Mazurek as Rebel Souls. The ensemble, which released its last disc about four years back, integrated Sirota’s taste for Afrobeat, vague strains of free jazz and occasional moments of out-and-out reggae. Rebel Souls’ lack of musical focus and its inclusion of sundry genres, splintering a potential fan base, could have provided for its eventual dissolution.

“With Rebel Souls, I infused it with sounds that influenced me—Afrobeat and reggae, Brazilian. We tried to put it under one tent and have it sound cohesive,” Sirota says, describing the impetus for his halted project. “We’d play Mingus-type stuff and Ornette. I think it was effective and it worked. But I wanted to do something… I wanted to break up that band into specific styles.”

Hitting on the desire to focus his sights and devise a project devoted to a singular genre, Heavyweight Dub began about ten months back. And over that time, Sirota’s devised what he believes to be a ruggedly unique and capacious troupe.

“Instead of having a three- or four-piece group with a keyboard playing cheesy patches, we have horns. We have a guy playing organ. I have a percussionist. … And that’s the sacrifice,” he says. “We get offered these gigs that don’t pay anything. It’s really economic a lot of times when people have small groups. In the reggae scene, for the past several years, I think people have been taking the music for granted. I want to take the music seriously.”

After reaching out to Scientist, a pioneering dub producer who’d moved from Jamaica to Los Angeles, “The Scientist Meets Ted Sirota’s Heavyweight Dub” came together relatively quickly. The recorded artifact exerts a series of bass-heavy displays, clearly rooted in Jamaica’s classicism, but updated through guest vocalists and production value. 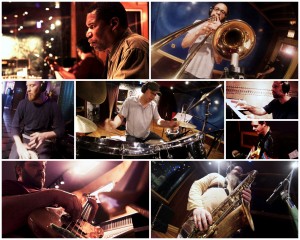 “Scientist co-produced the record with me … engineered the session, and he mixed it. On those older records, you know those bleeps? He doesn’t really do that anymore,” Sirota says, explaining the different styles Scientist employs behind the boards on his seminal 1970s work and the new disc.

Despite the genre frequently being reduced to Bob Marley discussions, the broad tapestry of Jamaican music encompasses everything from R&B and soul to jazz and autochthonous musics. That pastiche of sounds, despite being boiled down to its most guttural rhythms, provides Sirota with an opportunity to perform in a unique collaborative environment.

“You have to accept your role in the band—accept that every element is equally important and without one of them, the whole thing falls apart,” the drummer says. “I find that music from what gets called third-world countries, are based on community and people coming together.”

Dub’s simplicity is often mistaken for inept musicianship, pedestrian drug stuffs or formulaic genre worship. But the music’s open compositional space enables the most minute variations on rhythm to sound like explosive creativity.

“To me it’s liberating in a different way. You have to give yourself over to the music or it’s not, it’s restrictive,” Sirota says, describing the difference between performing in a jazz group and one focused on Jamaican minimalism. “It’s where I use all my energy; artistically, logistically. Sabertooth, honestly, I just kinda show up and play.”

For Heavyweight Dub’s upcoming performance at Chicago’s World Music Festival, Sirota’s pulled in Scientist to mix the show, a few guest vocalists and The Drastics’ Anthony Abbinanti for assistance.

“Well, I do that all the time in the studio,” Abbinanti says of manipulating electronic sounds, perhaps preparing to add those absent bleeps Scientist previously trucked in. “But it’s a nice experience to be able to do it with a band. It flexes the musician—and producer—brain stems, simultaneously.”

The communal flare exhibited by Abbinanti’s excitement extends from the stage to the new album’s distribution. So, while Scientist has a digital deal for Sirota and company to benefit from, the project’s physical manifestation’s set to be a self-released affair.

“Maybe somebody’ll pick up on it and wanna put it out,” Sirota says, again asserting a positive, if not serpentine view of the music industry. “But until then, it’s DIY.”