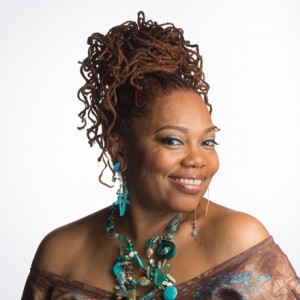 High expectations for a festival in the neighborhood where the current President of the United States makes his home is a given. That the festival actually delivers on these expectations is quite remarkable, especially since there are no truly big names scheduled to perform. Instead, the focus is sharply attuned to the local free jazz scene. Perhaps the support of the festival’s lead and founding sponsor, the University of Chicago’s Office of Civic Engagement, had an impact on the amount of research done to cater such an excellent set of Chicago musicians. Now in their seventh year, the festival opens with a panel devoted to the legendary Sun Ra, whose earliest Chicago performances often took place in the now defunct Club DeLisa nestled in the far less affluent, adjacent Washington Park neighborhood. To be sure, the University has done much to market to a broad range of Chicagoans, hence the importance of the inclusion of the DuSable Museum, and Little Black Pearl in Kenwood as venues for performances. The performers themselves are equally diverse, with Saturday stacked with everyone from Willie Pickens heading a gospel trio, to booking extraordinaire Mike Reed surfacing for a rare performance as band leader with outfit People, Places & Things. The packed schedule has its drawbacks, as attendees will be hard-pressed to choose between Ken Vandermark’s Midwest School, and the Tomeka Reid Quartet, both slated to perform at the 9:30pm slot, with enough local talent in their respective backing bands to make a Chicago jazz fan drool. Sunday promises to be a more laid-back affair, with less artists and less venues to choose from, as the programming takes on a noticeably softer approach. The Chicago Jazz Orchestra will be perfect fodder for early evening swing, while headliner Dee Alexander’s vocal will smooth out any wrinkles left in the khakis that abound. History chose the South Side for the home of experimental jazz, and this festival is a welcome celebration of the diligent work put forth to return the region to its rightful glory. (Kenneth Preski)