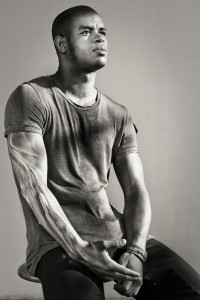 Cuban jazz pianist Roberto Fonseca is one of those talents you cannot put in a specific corner. Sure, his groove has a lot of his Latin roots (especially in the percussive manner in which he plays the keyboards), but he surprises you at every turn, as heard on his 2013 album “Yo” (Concord), where he showcases influences from American jazz and Afro-Cuban polyrhythms, to African music and samba.

For instance, the gentle ballad “Así Es La Vida” is reminiscent of the work of Herbie Hancock, but “Rachel” has elements of electronic music taken up a notch. “Quien Soy Yo” blends a lot of sounds, and even features a cavaquinho (a Brazilian instrument that could be considered a cousin of the ukulele), while elements of African music (with the participation of singer Fatoumata Diawara, Baba Sissoko on n’goni and Sekou Kouyate on kora) are peppered throughout.

On his tour of the United States, Fonseca will be backed by a band featuring the aforementioned Kouyate, Joel Hierrezuelo on percussion, Jorge Chicoy on guitar, Ramses Rodriguez on drums, and Yandy Martinez on bass. This is a rare opportunity to hear new Cuban music in these parts, so don’t miss out. (Ernest Barteldes)