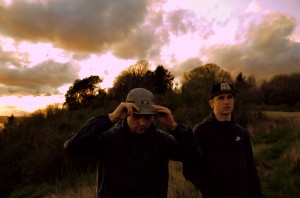 Expecting Blue Sky Black Death, comprising Kingston and Young God, to retain sonic gestures referring back to its 2006 “A Heap of Broken Images” is kinda ridiculous. But to hear how far the duo’s moved away from those productions is just as surprising. Beginning its recorded life with a double disc featuring guest spots by everyone from Guru to AWOL One, BSBD immediately demanded respect. Confounding listeners in favor of projects supporting Hell Razah and Warcloud, the group moved effortlessly to more thuggish affairs before skittering off to its “Late Night Cinema,” replete with would-be indie tropes. Just two years into their career, the duo seemed capable of assimilating just about any sound it felt necessary to complete a production. After working with rapper Nacho Picasso, BSBD continued its aural explorations several years on by issuing “Skull and Bones,” which counts a choice, pitched-down Black Flag sample. Nothing is in the vein of Death Grips, but BSBD’s ability to craft what’s necessary track-to-track without consideration of source material simultaneously enables the group to entice and repel listeners. There aren’t many heads adventurous enough to take a listen to the entirety of the group’s genre-bounding discography and appreciate it. The tact continues on “NOIR,” as the duo ditches some of the indie posturing for sleek, synth inspiration, all while treating hip-hop’s legacy with respect. The sprawling double disc (rounded off with a clutch of alternate takes) came amid a flurry of releases, including the purposefully eighties-indebted “Euphoric Tape.” Fresh for the tail end of 2013, “Glaciers” is set to roll out, and what it’ll sound like is a crapshoot. There will likely be a smattering of the work at the duo’s Chicago date, but who knows what samples and instrumentation it’ll draw from. (Dave Cantor)