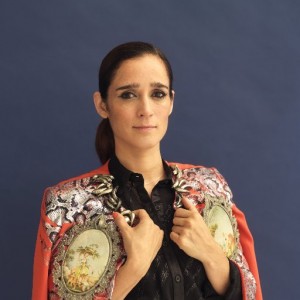 Tijuana-born Julieta Venegas is a multi-faceted singer-songwriter who is equally comfortable belting out acoustic-based, folksy tunes alongside more pop-oriented songs, as evidenced by her 2012 release “Los Momentos,” which she is promoting with an extended tour of the United States. “Los Momentos“ showcases a more mature side of Venegas, who took a short break from performing following the birth of her daughter Simona three years ago. Her songs have a greater depth, and she has come to embrace traditional instruments with greater frequency. The title track has a touch of jazz, and the black-and-white promo video for the tune has a retro fifties feel that showcases her accompanied by a grand piano. She has not completely ruled out electronics though, as the lead single, “Tuve Para Dar,” has a mellow dance-club feel, while “Vuelve” blends rock and hip-hop influences and features Chilean rapper Ana Tijoux and Café Tacvba’s Ruben Albarrán. Rest assured, longtime Venegas fans: all that maturity will not change her on-stage demeanor. She is sure to strap on her accordion to play some of the crowd favorites that have become staples of her blossoming repertoire. (Ernest Barteldes)