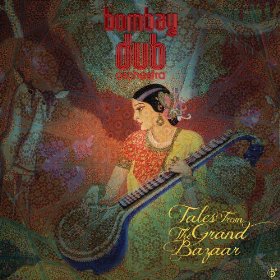 On their sixth musical foray, the duo formed by Garry Hughes and Andrew T. Mackay emerge with their trademark mix of electronica, orchestra and Indian sounds. During their career they have collaborated with luminaries like percussionist/composer Karsh Kale (who co-produced one of their earlier efforts) and sitarist Anoushka Shankar, all the while maintaining a tendency to focus on a dance-floor-friendly format.

This time around, they lean toward a more diverse direction by incorporating Asian-centric grooves. For instance, “Blue Mosaic” features wordless vocals and the koto, a traditional Japanese instrument, while “City of Amber” contains a fierce drum ‘n’ bass groove, much to the delight of DJs and remixers.

The album was recorded over the course of many years in many studios around the world, including Istanbul, New York and Jamaica, where they collaborated with the legendary Sly & Robbie. Their Southeast Asian influence is never lost, and in listening to “Tales From The Grand Bazaar” (aptly named from the famous market in Istanbul) you can hear that there was a big mix of cultures and thought put into the music. A great listening experience. (Ernest Barteldes)