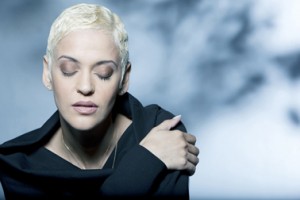 Arguably one of the lead voices of the current fado revivalist movement in Portugal, Mariza maintains the tradition of the genre while turning the spotlight on a whole new generation of composers that help keep her country’s most traditional musical style ripe for rediscovery by young generations who may have otherwise relegated it to the past.

Mariza has a dramatic singing style reminiscent of the late “Queen of Fado” Amalia Rodrigues. She brushes off those comparisons, as in the release of her 2007 live album “Concerto Em Lisboa,” where she states that, “there will be no next Amalia Rodrigues like there is no next Tom (Antonio Carlos) Jobim.” After all, new talents will always emerge but they will never be able to replace those who have passed.

Over the years she has worked with many artists from outside her native land, including cellist Jaques Morelenbaum (who produced “Concerto em Lisboa”), Brazilian jazz-fusion composer Ivan Lins, Cuban pianist Gonzalo Rubalcaba, and many others. Though she usually appears backed by a very traditional acoustic Portuguese group, fans should expect a few surprises since she is always looking to stretch and innovate in a live format. (Ernest Barteldes)