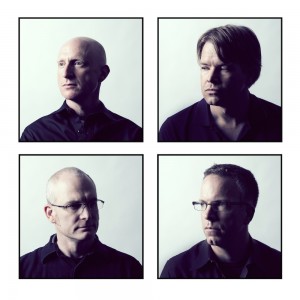 “The only reason Bottomless Pit exists is because Michael died.”

From the impetus for creativity in the face of insularity, to the soft underbelly of Steve Albini’s legacy, a conversation with Tim Midyett eight years since his hiatus from interviews offers a remarkable entry point for insight into contemporary American artistic expression; though it is clear that the discussion about his post-Silkworm work with Bottomless Pit can only begin one way, and that’s by confronting the death of former bandmate Michael Dahlquist. A few months shy of his fortieth birthday, Silkworm drummer Dahlquist was one of three musicians killed while idling at an intersection in Skokie. Their vehicle was struck by a Ford Mustang traveling 90mph down West Dempster around noon on a Thursday, the wheel helmed by a suicidal twenty-three-year-old woman. Her only injury was a broken ankle. She was charged with three counts of first-degree murder, later reduced to reckless homicide by reason of insanity. She spent four years in prison for the crime.

“It wasn’t that I didn’t have anything to say about that, but I had a lot to say about it, and I wanted it to be real specific, and exactly the way I wanted to say it. All that stuff came out in our records.”

In contrast to the freewheeling feel of Silkworm’s seventeen-year catalog (lovingly chronicled in the recent documentary film “Couldn’t You Wait?”) the first two Bottomless Pit records sound tightly wound, like the work of souls that have slipped and must tighten their grip on reality for balance. That’s not to say that the quality isn’t comparable to their previous band’s output. There’s a reason why high-profile indie labels like Matador and Touch and Go tended to Silkworm so dearly, and why Pavement took them out on tour during the height of their popularity. That wealth of creativity is just as much on display in meditative tracks like “Repossession” and “Q.E.D.” off Bottomless Pit’s first and second albums respectively, as it had been throughout Silkworm’s nineties heyday. The group’s untimely ending bears the horrific irony of a Greek tragedy, which makes for a compelling tale, but one with little meaning for Chicago’s music community were it not for the continued affecting expression of surviving members Tim Midyett and Andy Cohen.

On Crazy Horse and New Order, Midyett says, “you couldn’t pick two bands that are more in my DNA as a musician.” It’s easy to be stricken by the sentiment, both in its accuracy as a descriptor for the sound of Midyett’s trademark baritone guitar, as well as for the permanent influence of a lost member vital to each band’s legacy.

“Both Neil [Young] and New Order are totally preoccupied with mortality and the ephemeral nature of being happy. That hangs over their music.”

And with Bottomless Pit? “I think that’s where we are. Andy and I both know that it’s with us forever. [Our music is] always going to be imbued with that feeling. I wouldn’t want to get rid of it, and I think it’s there to stay.”

The feeling in question is not as outwardly sorrowful as one might suspect. The tone that Midyett has spent the better part of three decades harnessing, the bright ribbon bass of Peter Hook blended with the distilled distortion of Frank “Poncho” Sampedro’s guitar, comes off brazenly authentic, and somehow quintessentially Midwestern. The distinctive sound is as difficult to describe as it is deeply emotive, a trait Midyett attributes to his particular songwriting approach.

“I’ve called our music before ‘our blues,’ which sounds kind of presumptuous maybe, but that’s how I feel about it. I feel like it’s our elemental music. It’s the music we make in its elemental form, and we don’t try to embellish it, or make it anything other than what it is. The thing that really appealed to me about British post-punk at its best, or someone like Neil [Young], or any music like that, that’s really basic and from the heart, is that there’s a bare minimum between the listener and the people who are making it.”

The no-frills approach places an emphasis on feeling over form. Less noise overall makes each note more precious, hence the importance of proper documentation with a minimalist sound. A fellow alum of Missoula, Montana’s Hellgate High School, legendary recording engineer Steve Albini has played a crucial role in maintaining the integrity of that method. 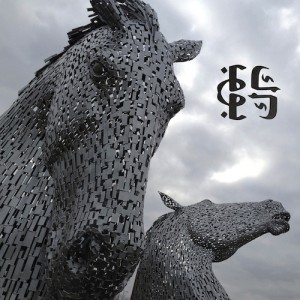 “His aesthetic of wanting to do it, of wanting to capture whatever it is that a band’s about in a pretty immediate way, [to] make the record quickly, and end up with a document like a snapshot of what they’re about at that moment in time, that’s something that we’ve always shared with him.”

Though what Midyett hasn’t shared with Albini is a particular emotive sense. Albini’s confrontational catalog is far removed from the brand of heartfelt harmony preferred by Midyett. The affinity has far more to do with method. By pairing their mutual adherence to authenticity with a playful appropriation of minimalist technique, it seems the duo are two sides of the same coin.

“People who don’t like Steve, it’s because of something he said about something that’s dear to them, and very rarely about anything that he’s actually done. The people like me, who love him, it’s usually because of stuff that he’s done.”

In a rare moment of vulnerability captured in the Silkworm documentary, Albini lets his guard down in grief over the loss of Dahlquist. That kinship has brought Albini’s legacy into sharp relief, and it seems that the catharsis is collective. Inspired by the reissue of Silkworm’s seminal “Libertine” album, Bottomless Pit’s studio approach to their upcoming release, “Shade Perennial,” cultivates the sense of urgency endemic to youth. It’s big, chaotic, messy, jagged, urgent, unpredictable. It’s the sigh of a long-awaited relief.

“Really what it boils down to is this very hedonistic desire to feel that rush of excitement. So you can talk all you want about wanting to express your feelings, but really all you want to do is create that energy. And if you lose that, then you fail.”

Tim Midyett is all too familiar with loss. Perhaps that’s why failure has never been further removed from his beautiful sense of craft.