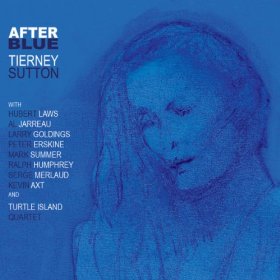 The music of Joni Mitchell has been praised by critics throughout the years for its lyrical beauty and musicality, and lately her songs have re-emerged as jazz standards, most notably with Herbie Hancock’s “River: The Joni Letters” (Verve, 2007), the first jazz album to be named “Album of the Year” by the Grammy Awards since “Getz/Gilberto” (Verve, 1965) four decades earlier.

West Coast vocalist Tierney Sutton, already on a run of theme-based albums, decided to do her own take on Mitchell’s music, and for this project she did not work with her longtime band. Instead, she worked with several musicians—most notably Peter Erskine, a drummer featured on many of Mitchell’s discs.

The album opens with “Blue,” in which Sutton is masterfully accompanied by the Turtle Island Quartet, an ensemble that mixes jazz and classical influences in its work. In “All I Want,” she is backed solely by cellist bandmate Mark Summer, which gives much opportunity for improvisation around the open spaces in the song. “Be Cool” is a spirited duet between Sutton and jazz vocalist extraordinaire Al Jarreau with a backbeat built upon drums, flute and B-3 organ. An air of fun permeates the tune.

This is a great look at the work of Joni Mitchell though an entirely personal perspective–even “Big Yellow Taxi” is miles away from the original recording. Sutton is currently on tour promoting the album, hopefully she graces Chicago with a live take on these new classics. (Ernest Barteldes)