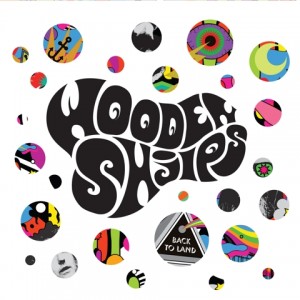 It’s easy to be lulled into some sense of expectation on “Back to Land,” Wooden Shjips’ fourth full-length album, due out in November. And while Ripley Johnson and company have reeled in some of their long-winded rambling, there’s still not a wealth of focus here. That’s the point, though. Recorded in Portland, not the band’s Bay-area birthplace, “Land” brims with a rough-hewn pop sensibility, deterred only by Johnson’s fuzzy guitar lines. But even those have been opened up, giving listeners the opportunity to, you know, kinda hear what’s going on, instead of encountering an indecipherable wall of scuzz. Still, he doesn’t grant easy access—the solo on “Ghouls” being sheathed in noise, any sense of its melodic intentions disappeared behind wah-wah blurs. What enables the band to continue shoving the same formula into disc after disc, though, are Johnson’s leads remaining mysterious and shiftless, even if some songs strive for structure. Nothing on “Land” comes across as mystical and convoluted as “Lucy’s Ride,” off the Shjips’ self-titled debut. The band’s development can still be measured in steps, not bounds, this newest offering incapable of approaching the grandeur of earlier, ten-minute excursions that take up half of “Dos,” Shjips’ 2009 sophomore disc. Attribute it to Johnson and Omar Ahsanuddin, the group’s drummer, heading north to Oregon—or perhaps Moon Duo came to bear on this quartet. Who knows? But considering the band’s last album concluded with a five-minute musical time warp hedging toward tape experiments, the Shjips’ next move is probably going to be just as surprising as what “Land” serves up. If nothing else, Wooden Shjips remain one of the few contemporary psych acts with a funky backbone. CAVE, another ensemble with those credentials, and Rabble Rabble open. (Dave Cantor)