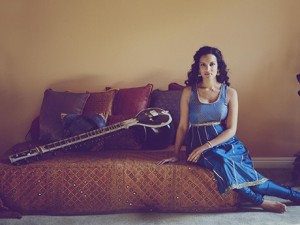 After dabbling with electronic music in collaboration with Karsh Kale on “Breathing Under Water,” and then pursuing flamenco-fusion on her own “Traveller,” sitarist Anoushka Shankar returns to her classical roots with “Traces of You” while still keeping other genres within arm’s reach. The opening track “The Sun Won’t Set,” for instance, is a beautiful ballad recorded in collaboration with her half-sister Norah Jones, and is much closer to Jones’ alt-folk style than to Indian music.

Though much of the disc is dedicated to Indian ragas, some of the tunes venture into completely different directions. “Metamorphosis” brings together traditional and modern sounds, including electronics and electric bass, while the soft, piano-centric ballad “Fathers” has elements of modern jazz.

Norah Jones lends her vocals to the title track as well, and to “Unsaid,” which also features her trademark piano stylings. The lyrics are quite painful to hear–Jones had very little contact with her father, Ravi Shankar, during his lifetime, and to hear her sing, “were there things I should have done?/it’s too late now that you’re gone/love wasn’t left unsaid/thank you–that was left unsaid,” makes you want to momentarily forget whatever feuds you might have and pick up the phone to make that call you’ve been avoiding for so long. (Ernest Barteldes)