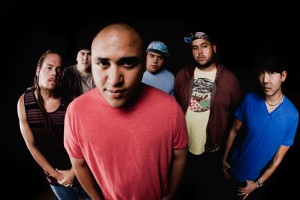 Save for balladeer Jack Johnson or the late Iz, few Hawaii-based artists seem to get much attention in the mainland no matter how big they might be on the island. Luckily for Oahu-born The Green, that trend does not hold true. Their mellow, optimistic take on reggae seems to have struck a chord with mainstream fans, and from their self-titled 2010 debut onward they have been able to get the attention of reggae radio stations with reach far beyond Hawaiian locals. Their third release, “Hawai’i ’13,” (out on Easy Star) is proof of that. Bookended by two traditional a capella tunes—“He Mele No Ku’u Hawai’i” and “Hawai’i Aloha”—the album is buoyed by uplifting messages. “Power in the Words” warns about the importance of thinking before speaking, while “Even Before” chronicles the hardships of being on the road while missing loved ones back home. “Stand And Rise” makes a veiled allusion to the Hawaiian Sovereignty Movement, a cause dear to many natives of the fiftieth state. Their sound does not bear the aggressive energy of their Jamaican counterparts, but what’s lacking in punch is compensated instead by their clever lyricism, which sometimes conceals their true message with a well-placed metaphor. (Ernest Barteldes)