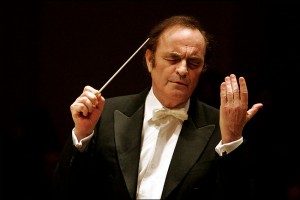 Surprisingly, the centennial anniversary of Benjamin Britten’s birth, which is November 22, has received nary a nod from either Lyric Opera or Chicago Opera Theater. That is particularly odd given that Lyric Opera music director Sir Andrew Davis is one of Britten’s most stalwart ambassadors and also how paramount Britten figured in during former general director Brian Dickie’s tenure at COT.

Nonetheless, Britten has been celebrated by many other local institutions this fall; most notably, there have been two full-blown Britten festivals concentrating on his chamber music.That leaves the single most important local Britten centennial event to the Chicago Symphony Orchestra, which is performing his large-scale “War Requiem” this week. Given the forces involved, this is not a work very often performed. In fact, there have been only two downtown CSO performances of it over the years, in 1986, with Leonard Slatkin conducting, and in 2002, with Mstislav Rostropovich leading the forces as part of a Britten Festival he curated for the CSO: this work held a special place in his heart as Britten wrote the soprano part for Rostropovich’s wife, soprano Galina Vishnevskaya, but Soviet authorities would not allow her to travel to Great Britain for the 1962 world premiere. István Kertész led the first CSO performance at Ravinia in 1972. Britten’s pacifist stance is well-known, in fact, he left his homeland and came to the States during the early years of World War II, but returned home while the war was still in progress. Asked to write a choral work for the rededication of St. Michael’s Cathedral in Coventry that had been destroyed by bombings in 1940 and had been rebuilt after the war, Britten was determined not merely to offer a requiem for the war dead, but to have the voices of those killed resound and make a poignant commentary on the futility of war. 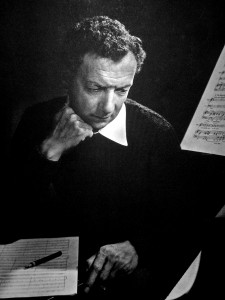 This Britten did in a unique way, by alternating choral settings of the traditional Mass for the Dead with sung introspective poetry of Wilfred Owen, who wrote verse about war from the trenches and battlefields during World War I before his voice was silenced by himself becoming a war casualty a week before it was to end.

Britten’s original plan was to have British, German and Russian soloists sing this poetry, a plan which the CSO is following for its performances with Russian soprano Tatiana Pavlovskaya, British tenor John Mark Ainsley and German baritone Matthias Goerne with Charles Dutoit leading the Chicago Symphony Orchestra and Chorus and the Chicago Children’s Choir.

The ninety-minute work is being presented without intermission, as Britten intended, and performed live is an immensely powerful and conscience-raising experience. (Dennis Polkow)