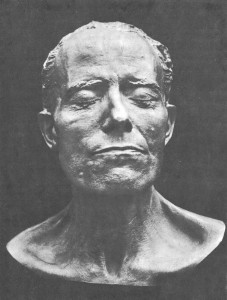 After his mammoth Eighth Symphony, Mahler composed “Das Lied von der Erde” and originally subtitled it a symphony. But given that Beethoven, Schubert and Bruckner had all died after writing a Ninth Symphony, Mahler superstitiously refused to place that ominous number on the work and felt that he had somehow cheated fate as a result.

Ironically, Mahler would go on to write a Ninth, and even an un-orchestrated Tenth Symphony, which he would not live to complete. While “Das Lied” is really more of an orchestral song cycle than a symphony, the symphony that Mahler did complete after “Das Lied” and actually did affix the fateful number “Nine” to reflects a resignation of the acceptance of death despite enjoying every last moment of life. The Ninth is an immensely personal statement, as the composer had recently lost a daughter and had himself been recently diagnosed with a fatal heart condition. Like the finale of “Das Lied,” the finale of the massive, conflicted and personal journey of the Ninth fades into existential nothingness and remains a pivotal symphonic statement, culminating as it does the Romantic era of the nineteenth century as well as serving as a precursor of the twentieth-century music that would follow. 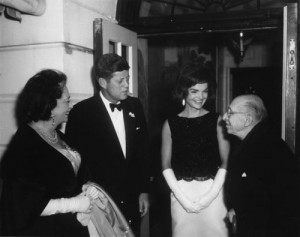 Michael Tilson Thomas, a Mahlerian who has been absent from the CSO roster for a few seasons, conducts and will open the program with another death-imbued work, the short “Elegy for JFK” that Igor Stravinsky wrote in 1964 to commemorate the death of President Kennedy that is being performed for the first time by the CSO for the fiftieth anniversary of that event. The brief but contemplative twelve-tone piece is scored for mezzo-soprano or baritone (here by mezzo-soprano Kelley O’Connor) and three clarinets and sets haiku-like stanzas written by W.H. Auden at Stravinsky’s request about remembrance of the just. (Dennis Polkow)